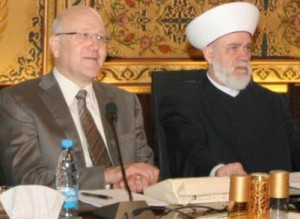 Former Lebanese PM and current Future Movement bloc Fouad Siniora reportedly refused to attend the meeting , due to disagreement on the contents of the statement that will be issued at the end of the meeting.