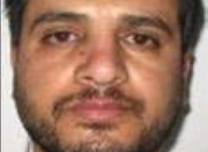 An Iraqi court on Monday declared a Hezbollah commander accused of killing U.S. solders in Iraq in 2007 not guilty for lack of evidence and ruled that he be set free.

The case of Ali Mussa Daqduq has been a thorn in diplomatic relations between Baghdad and Washington since the American military pullout last December.

U.S. terror experts have described Daqduq as among “the worst of the worst” militants who would remain a severe threat to Americans if freed.

He is a Lebanese commander for Hezbollah, a Shiite militant group linked to numerous deadly attacks. U.S. officials say he trained Shiite militias in Iraq and helped plot the 2007 killing of four American soldiers in the holy city of Karbala, about 90 kilometers (55 miles) south of Baghdad.

Daqduq was captured late 2007 and held in U.S. custody in Iraq as officials tried to decide where to charge him. When the American military left Iraq late in December, U.S. officials were forced to hand over Daqduq to Iraqi authorities — despite fears in Washington that he would be quietly freed by the Shiite-led government in Baghdad.

“The judge found that there wasn’t enough evidence to keep him in jail and ruled to set him free for lack of evidence,” Daqduq’s attorney, Abdul-Mahdi al-Mitairi, told The Associated Press after the three-hour trial on Monday.

However, under Iraqi law the verdict will be appealed automatically so Daqduq has still not been released, al-Mitairi said. He added it was unclear when the court would decide on the appeal but it would take no more than six months.