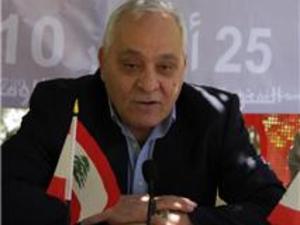 The head of the General Labor Confederation ( GLC) Ghassan Ghosn told Voice of Lebanon that the general strike will affect all the Lebanese public institutions including the water authorities the Port and public transportation . He also said that the airport will be closed for 2 hours and warned the government against its “policies of impoverishment.”

he said the people decided to go on strike to protest against the government’s labor policies. He promised that the strike will be peaceful.

When Ghosn announced the strike last Monday on May 1, the occasion marking the Labor day, Ghosn said at GLC headquarters in Beirut :

“We ask you to unite and express your rejection of the unjust policies of impoverishment, and participate in the general strike on Thursday, May 3, 2012 to defend the right to social justice and a decent life.”