Lebanon labor Union calls for a strike on May 3 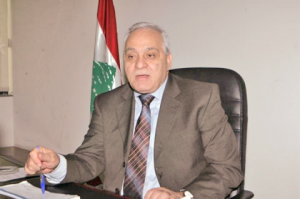 The head of the General Labor Confederation ( GLC) Ghassan Ghosn called Tuesday for a general strike to take place on May 3 by the public and private sectors and warned the government against its “policies of impoverishment.”

“We ask you to unite and express your rejection of the unjust policies of impoverishment, and participate in the general strike on Thursday, May 3, 2012 to defend the right to social justice and a decent life,” Ghosn said at GLC headquarters in Beirut on May 1, the occasion marking the Labor day

“We chose this day to confirm the strike in order to demand ot ur rights from the government, which has distanced itself from the people’s concerns.”

He complained about fuel prices:

“Their salaries are being eaten up by the high fuel prices … despite the GLC’s demands that the oil sector be released from the grips of monopolization and unjust taxes in order to limit the negative impact of the rise in global prices,” he said.

He also said that the GLC will reject any proposal aimed at increasing the Value Added Tax, warning the government against “repeating tragic measures that led to the weakening of the people’s purchasing power.”