BMW faces a first of a kind lawsuit 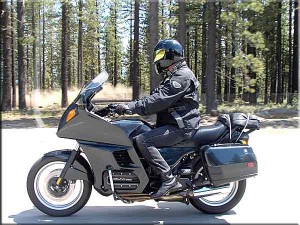 BMW North America has probably had to deal with plenty of unusual lawsuit , but one filed last week may be a first — a California man says the seat on his motorcycle has given him an erection he just can’t shake.

Henry Wolf of California is suing BMW America and aftermarket seatmaker Corbin-Pacific claiming his issue began after a four-hour ride on his 1993 BMW motorcycle , with a ridge like seat. Wolf is seeking compensation for lost wages, medical expenses, emotional distress and what he calls “general damage.”

He said he’s had the erection non-stop for 20 months. And it comes with another side effect: The lawsuit says Wolf is “now is unable to engage in sexual activity, which is causing him substantial emotional and mental anguish.”

WWJ Newsradio 950 spoke with Dr. Michael Lutz, at the Michigan Institute of Urology, who said there is no medical data to support the man’s claim. However, “It’s been long-known that compression of the neurovascular supply to the penis — if it’s compressed for a period of time, whether it be on a bicycle seat or some other device — it can actually cause prolonged numbness of the genitalia,” Lutz said.

“Not only in men, but women can also get numbness in that region if they’re compressing those nervous structures to that region of the body,” he said.

BMW Motorcycles of Southeast Michigan in Canton, Mich., checked out the story and noted the man wasn’t riding a standard BMW motorcycle seat. He was on an after-market seat, which start at about $200. People generally buy them to make the ride more comfortable.

“Sometimes people say it’s more comfortable, sometimes people can get a tall seat or a low seat or they’re shorter or taller, they can come heated,” said Theresa at BMW Motorcycles of Southeast Michigan.