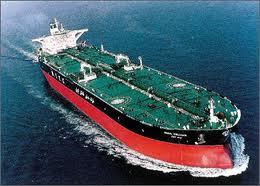 (Reuters) Iran is concealing the destinations of its oil sales by disabling tracking systems aboard its tanker fleet, making it difficult to assess how much crude Tehran is exporting as it seeks to counter Western sanctions aimed at cutting its oil revenues.

Most of Iran’s 39-strong fleet of tankers is now “off-radar” after Tehran ordered captains in the National Iranian Tanker Co (NITC) to switch off the black box transponders that are used in the shipping industry to monitor vessel movements, oil industry, trading and shipping sources said.

“Iran, helped by its customers, is trying to obfuscate as much as possible,” said a senior executive at a national oil company that has done business with Iran.

And Iran may have countered a reported reduction in its oil sales in March by offering big discounts in the form of free freight, finance and insurance and generous credit terms, the sources said.

Europe’s July 1 oil embargo, and U.S. and European financial sanctions against Iran’s nuclear program have seen Tehran’s oil sales drop to most Western destinations and drawn promises from some Asian buyers that they will cut purchases.

But cheap, covert sales may have curbed or even reversed the reduction in shipments, the sources say.

“People are being very secretive right now. They are not talking about this on email, Yahoo or mobile,” said the head of a crude oil desk at a top oil trading houses.

A Reuters’ survey of the Iranian fleet via the ship tracking system AIS Live shows only seven of its 25 very large crude carriers are still operating their on-board transponders, which allow computers to track vessels.

“NITC oil tankers are going to operate in stealth mode,” said a shipping official, who declined to be identified.

Under normal circumstances, tankers would generally not turn off their tracking systems. Some did so last year during the Libyan civil war in order to trade with the Gaddafi government.

As sanctions make it harder to pay for and ship oil from Iran, it is increasingly difficult to gauge how much is moving out of the country’s main terminal at Kharg Island.

Iran’s Oil Minister, Rostam Qasemi, has said Tehran’s crude exports are steady at last year’s rate of 2.2 million barrels per day. But that has been hard to square with tanker tracker data and market intelligence.

Expert opinion is that Iran’s visible crude oil sales fell to about 1.9 million bpd in March.

These calculations are backed by some of the best oil industry forecasters in the business including the International Energy Agency and Geneva-based Petrologistics, the respected tanker tracking consultant which monitors global oil shipments.

New estimates for April put Iranian exports down by as much as 500,000 bpd from last year.

The trouble is there is no hard evidence that Iran’s oil production has actually fallen or that it is going into storage.

Millions of barrels of Iranian oil that were in storage in Iranian tankers a few weeks ago now seem to have disappeared, ship tracking data shows.

So where is it going? Has it been re-routed, has production been shut in or is the oil being stored somewhere else? Is it all being stored at sea?

The hunt is getting more complicated as OPEC’s second biggest producer comes up with a range of tactics to avoid scrutiny.

“Some big Asian companies may be taking oil on Iranian ships provided they switch off the transponders,” said another European shipping industry source.

A trader in Singapore said Iran has managed to sell all the crude stored on half a dozen vessels floating off Singapore earlier in the year. The buyers were mainly Chinese and South Korean.

Given the lack of visibility of NITC’s fleet, it will become increasingly difficult to measure floating storage. Industry sources say parts of the fleet were storing up to 12 million barrels of crude in March. That has now disappeared.

An NITC official, contacted by Reuters, declined to comment. NITC have declined to give press interviews for several weeks.

Tehran is about to have greater flexibility in disguising the locations for oil sales. NITC will take delivery of the first of 12 new supertankers to be delivered from China in May.

Iran does not have the capacity by itself to ship all of its exports, either chartering more ships or leaving it to importers to hire their own vessels.

It has long been assumed Iran would sell most of the oil shunned by Europe to China, its long-term strategic and commercial ally. But until now there has been scant proof.

India, however, has been buying oil on Iranian ships on extended credit for several months, industry sources say.

“China and India are our lifters of last resort,” said an Iranian oil official, who declined to be identified. “And the sanctions are making the situation very good for them.”

The senior oil trading executive agreed: “We think China is taking most of the Iranian overhang and is keeping very quiet.”

China’s imports in April should climb back to contract volumes of around 560,000 bpd after a cut to half that in the first quarter when Chinese refiner Sinopec reduced purchases to negotiate better prices with the National Iranian Oil Company.

If Iran is using its own ships to deliver oil to customers, paying for the freight charges, that would be worth nearly $5 million per voyage. Traders say Iran is sometimes also covering insurance, increasingly difficult to finance on international markets. Insurance runs to millions of dollars per delivery.

Buyers are also demanding, and often getting, much better credit terms from the National Iranian Oil Co (NIOC) than normal – as long as six months to pay for each cargo of 2 million barrels. That could be worth up to $10 million per shipment.

Put it all together and it amounts to as much as 10 percent of the value of each supertanker.