by Ghassan Karam
889
By Ghassan Karam Creative destruction is the phrase popularized by Joseph Schumpeter, the great economist, who used it to describe the creative power of capitalism and the free markets
Share: 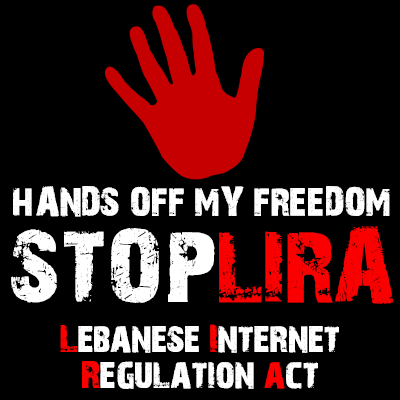 Creative destruction is the phrase popularized by Joseph Schumpeter, the great economist, who used it to describe the creative power of capitalism and the free markets.  Love it or hate it, capitalism thrives of uncertainty and adversity by letting the animal spirits loose in order to challenge the status quo and keep all actors on their toes, so to speak.

There is no room for complacency and tradition under this dynamic system that is anchored on revolutionary change. Note what has happened to old fashioned wired phones, traditional travel agents, neighbourhood financial brokers and traditional print media just to name a few major industries that have been transformed by the internet.

The new digital age of telecommunication has shrunk the world and transformed the role of print journalism. Anyone who has access to the internet and a cheap computer can become at least a pamphleteer if not a small scale journalist. It does not take much to start a blog, make a daily or even hourly post in which one can share his/her thoughts with the world. This is good. It empowers the poor, the disinherited and the exploited by giving them access denied them by their exploiters and rigid rulers.

Those who are in control do not welcome change. Why should they? Change can only diminish their power and control. Obviously the ones who hate change the most are those that do not trust the common wisdom of the masses, those that are not willing to adapt to new realities. Fortunately, those that refuse to change will be swept under the rubble of their own edifice so that a freer and a more productive environment can rise.

In trade and international relations the new reality is that of integration and the phrase that captured that reality the best is that of Thomas Friedman: It’s a flat world. You either adopt the new rules of the game or you will be swept aside. This is what happened in home wired phones, wireless telephony has changed practically every aspect of life and the same has happened to all forms of media. Traditional media has had to change its old established habits or risk being overtaken by the new trends of e magazines, social media and blogs.

Lebanon unfortunately is showing signs of arterial calcification especially in its response to the inevitable changes being witnessed in the electronic media. One can argue that the Lebanese structure of traditional journalism is sort of unique in the world. It is not unique due to its diversity, as some like to claim, but it is unique to the lack of major independent media outlets. Most of the TV stations, major dailies and a lot of radio in addition to major commercial blogs are in essence mouth pieces to established political parties. One will be hard pressed to find objective coverage of any issue in Lebanon. Each media organ will report through the prism of its political party, which by the way, is bound to increase divisiveness among the Lebanese since each group will get its daily quota of biased information from its “leaders”. Then all of a sudden this monopoly is shaken by the internet. Low and behold, regular citizens find that they can express their points of view and even start discussions many other dissatisfied citizens. All of this for free.

Of course none of the established political parties supports this new challenger since its success comes only at the expense of the traditional powers. So what to do? Find a roundabout way of protecting the old inefficient and anachronistic monopolies by pretending that what is required is an orderly internet market where the established power will write the rules in order to suppress freedom of expression and maintain its control on what to disseminate and how to disseminate it.

That, in a nut shell, is what Minister of Information Daouk, is asking for in his misguided proposal ;Lebanese Internet Regulation Act, LIRA. It is simply an amateurish effort at stopping progress, trying to maintain power in the hands of officialdom to muzzle the ability to publish and critique and to pretend that the law is needed in order to protect freedom. That is an oxymoron isn’t it? The Minister is either anxious to submit a proposal for a statute that is not needed but  only because he is under pressure to justify his salary or he is very misinformed about what is the e media and how it operates. Freedom cannot thrive in infertile soil.

Please note that his Excellency met on Friday with representatives of the major Lebanese e blogs, Tayyar, LF, Kataeb and Lebanonfiles in order to arrive at an agreement that is satisfactory to all the above. Not a single one of these, with the possible exception of Lebanonfiles, is an independent voice. May I even suggest that the Minister and all of these “traditional” voices have an interest in suppressing any new challenges to their hegemony? They are afraid of the individual blogs, the truly independent, and the real pamphleteers. That is what they are after and that is what they wish to suppress. It’s a pity when a government fears the real voices of its masses, those that have maybe 50,000 page views a year. What a shame.