Syrian refugees may soon have $84 million in aid 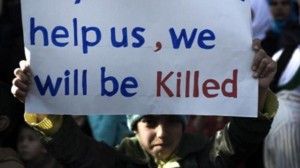 The United Nations and its humanitarian partners are today issuing an appeal for US$84 million to help Syrian refugees in Jordan, Lebanon, Turkey, and Iraq. Over 16,000 refugees, including some 8,000 registered in the North, are currently receiving assistance in Lebanon.

The Syria Regional Response Plan outlines the response needs for Syrian refugees who have fled the country since March 2011, as well as anticipating the needs of future arrivals.

The plan is an inter-agency framework led by the United Nations High Commissioner for Refugees (UNHCR) and the result of a coordinated effort between seven UN agencies, 27 national and international NGOs and partners, and host governments. The plan is based on an estimate that in the next six months assistance will be needed to support some 100,000 people. This will mainly comprise Syrian refugees, as well as some third-country nationals. The plan does not cover humanitarian needs inside Syria. For that, a separate appeal, led by the Office for the Coordination of Humanitarian Affairs (OCHA), is expected in the near future.

The plan is based on three objectives. The first is to ensure that Syrians and other refugees have access to neighbouring countries and international protection. The second is to provide for the basic needs of the refugees, with special attention to the most vulnerable. The third is to ensure that contingency measures are undertaken in the event of a larger-scale outflow.

The plan outlines how agencies (including IOM, UNDP, UNESCO, UNFPA, UNICEF, UNHCR, WHO and WFP), host governments and local and international NGOs are uniting to provide a coordinated response to the needs of refugees and third country nationals.

In Jordan, Lebanon and Turkey, a year after unrest began in Syria, refugee numbers have been increasing and signs of strain are showing among the communities that are hosting them. There is a clear need for international support to be stepped up.

In Jordan, over 6,000 Syrians have registered with UNHCR since March of last year, with a further 2,500 awaiting registration. This figure is expected to increase significantly as UNHCR and partners expand their outreach efforts and level of assistance to Syrians. Many refugees have arrived with limited means to cover basic needs, and those who could at first rely on savings or support from host families are now increasingly in need of assistance. Quick impact projects for the local communities and distribution of aid items are underway, while plans are being made for a cash assistance programme.

In Lebanon, joint registration of refugees with the government is ongoing. As with Jordan, many of the refugees are in a precarious situation, with little or no financial resources to rely on. UNHCR and partners are working with the Lebanese Government and local authorities to ensure that the needs of refugees and the affected communities are addressed. Over 16,000 refugees, including some 8,000 registered in the North, are currently receiving assistance.

In Turkey, 17,000 Syrians are currently registered with the Government, which has now set up 9 locations including 8 tented camps and a ‘container city’ in Kilis to deal with the influx. The plan identifies a need to increase support for the Turkish Government when requested, as the Government has assumed responsibility for assisting, sheltering and protecting the refugees in camps. In addition, for refugees who were previously hosted in Syria, such as Iraqi refugees who are now living in urban environments, the plan outlines a strategy to register and assist them.

Iraq has recently seen a growing number of Syrians arriving. Exact numbers are still being assessed. UNHCR and partners have started assisting refugees, in close cooperation with the authorities. Meanwhile in Syria UNHCR and partners continue to assist some 110,000 registered refugees in different parts of the country.