Assi Hilani frustrated that his own kids prefer Justin Bieber 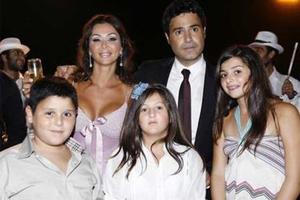 Caulete Polis, wife of prominent Lebanese singer Assi Hilani, revealed that her children do not show off that their father is a famous singer and they prefer to listen to music by singer Justin Bieber. Caulete added that Assi sometimes gets irritated by that and he scolds his children telling them that he is their father and they should prefer listening to him instead of someone else.

According to the internet website MBC.net, Assi’s wife stated that her family does not live in the spotlight of fame and that is why her children lead a normal and stable life, even in school her children are very hard workers and do not attempt to take the easy way out for merely having a famous father.

Caulete said that her children are very down to earth and friendly with everyone and take part in all sorts of activities with other children at school and in the community.