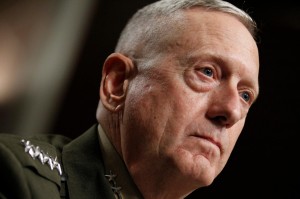 Possible military intervention against the regime in Syria would be “extremely challenging” given the country’s advanced air defenses and the presence of Al-Qaeda extremists, a top US general said Tuesday.

Syria has Russian-made missiles and radars that would complicate any outside effort to use air power to protect civilians or resistance forces, General James Mattis, head of US Central Command, told the Senate Armed Services Committee.

“The Russians have provided very advanced integrated air defense capabilities — missiles, radars, that sort of thing — that would make imposition of any no-fly zone challenging if we were to go that direction,” Mattis added.

The CENTCOM chief cautioned that although Syrian President Bashar al-Assad would eventually fall from power, his regime would likely stay in place for some time.

“The bravery of the Syrian people is laudable but the options available to address the situation are extremely challenging,” said the four-star general, who oversees the forces in the Middle East.

As for setting up a safe haven for civilians fleeing the regime’s violent crackdown, Mattis said the absence of a natural barrier such as a mountain range made it more difficult compared to northern Iraq in the 1990s, when American forces set up a zone to safeguard civilians.

“I have not been directed to do detailed planning” on a safe haven, Mattis said, adding that such an approach would require a “significant commitment of resources” as military forces would have to carve out a safe area for fleeing civilians.

The general downplayed possible US military intervention as monitors said Syrian forces pounded rebel-held towns and blasted a bridge used by refugees to escape to Lebanon.

At the hearing, Senator John McCain renewed his calls for arming the opposition in Syria but Mattis warned that any effort to supply weapons had to take into account the role of Al-Qaeda militants within the rebels’ ranks.

“I think we’ll have to do our best to determine who we’re providing the arms to and follow the physician’s oath of first do no harm, to make certain what we’re doing is actually going to reduce the scale of violence ultimately,” he said.

He said there was a growing prospect of a full-blown civil war that could have far-reaching consequences across the region and expressed concern about the regime’s “substantial” chemical and biological weapons stockpiles.

Asked about Iran’s role, Mattis said Tehran was working hard to prop up Assad and had flown in advisers, weapons and equipment, including eavesdropping devices.