by yalibnan
1608
Two of the four members of the Resistance and Deterrence Front have been hit by the Arab uprisings. Others will follow in due course.
Share:

The decision last week by the Palestinian Islamist movement Hamas to abandon its external headquarters in Damascus and support Syrians demonstrating for the removal of Bashar Assad’s regime is noteworthy on several levels. All of them affirm the vulnerable and changing nature of strategic conditions across the Middle East.

The decision by Hamas to abandon Syria emphasizes at the most basic level the pragmatic and political nature of the movement, as opposed to its rigid ideological or theological foundations. When the kitchen gets too hot, rational people get out, and so do Arab Islamist resistance movements, it seems.

This is in line with Hamas’ gradual slide into a more pragmatic political posture over the past decade. During this time the movement has declared its willingness to accept a Palestinian state in the West Bank and Gaza and coexistence with Israel, if the principles of the 2002 Arab Peace Plan are adopted and the Palestine refugee issue is resolved equitably. Hamas has also signaled a willingness to abandon the armed struggle in favor of nonviolent resistance against Israel, and to agree to a long-term truce with Israel under certain conditions.

At another level, Hamas’ decision to leave Syria reflects ongoing internal divisions within the movement. Islamist organizations, in the final analysis, experience the same dynamics as any grouping of diverse people united by a common cause, but also divided over the many options they have to achieve their goals.

We can see this in the different tactical strands among Hamas officials vis-à-vis the reconciliation with Fatah. The implications of these various views over issues such as negotiations with or recognition of Israel, power-sharing with Fatah, relations with Iran, or support for Arab uprisings across the region – which range from hard-line absolutism to a more accommodating pragmatism – are that groups like Hamas operate according to a domestic political calculus of survival that ultimately overrides other forces.

This is also seen in the quiet debate within Hamas about whether to consolidate its power base in Gaza and make do with a diminutive Palestinian statelet that makes little sense to anyone other than Hamas operatives; or to rejoin and reconfigure Palestinian national institutions such as the Palestine Liberation Organization, to continue the struggle nationally and regionally.

This raises the third level of analysis of Hamas’ decision, which relates to the condition of that grouping of states and movements called the Resistance and Deterrence Front – namely Syria, Hezbollah, Iran and Hamas. These four partners have always been fascinating for several reasons, including their ability to transcend traditional divides in the Middle East, such as Sunni-Shiite, Arab-Iranian, and religious-secular divides. 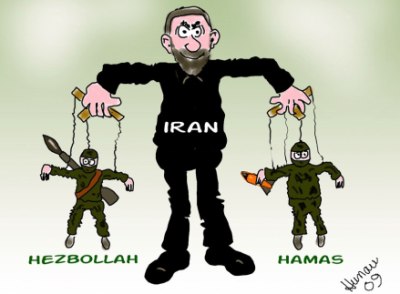 Hamas’ decision to turn against Damascus is a blow to the Front, but probably a minor one for now, in a volatile region. The Syrian government is under intense pressure at home and abroad, and may not survive in its present form. The Iranian government faces its own vulnerabilities at home and globally, and continues to be the major regional loser from the Arab uprisings.

Hezbollah in Lebanon – probably the strongest member of the front in the short term – must be working overtime to calculate how it should respond to possible scenarios on the horizon (the fall of the Assad regime, an attack on Iran, a revival of the Green Movement in Iran, an Iranian-Western nuclear agreement, and so on).

Hamas and Syria are the most vulnerable members of the Resistance and Deterrence Front these days. How Hamas plays its cards in the months ahead probably will not have a major impact on the region as a whole, because the movement has become a relatively minor and constrained actor in its Gaze fiefdom. Syria’s impact on the region would be much greater, should the regime change, or only alter its policies. For now, we can only conclude two things: The Resistance and Deterrence Front, like any political construct, is vulnerable to change; and, Islamist movements such as Hamas will make political decisions based on pragmatism and realism as much as on ideological purity and absolutism.

The changes under way in the region are a logical step in the ongoing reconfiguration of power relationships in the Middle East, following the first year of the Arab uprisings. Hamas’ reversal on Syria is an important example of how Islamist groups continue to make the transition from their previous world of abstract political opposition and often bloody and costly resistance, to the new environment in which they must grapple more convincingly with real-world conditions and options, especially the spreading advent of populist legitimacy and accountability in Arab countries.

Two of the four members of the Resistance and Deterrence Front have been hit by the Arab uprisings. Others will follow in due course.

(The writer is a prominent columnist. The article was published in The Daily Star on Mar. 3, 2012)