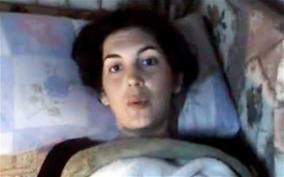 France said Friday it is closing its embassy in Syria, a day after two French journalists escaped to Lebanon after being trapped for days in the besieged Syrian city of Homs.

French President Nicolas Sarkozy made the announcement in Brussels, where EU leaders were debating their response to the Syrian military’s crackdown on the opposition uprising in Syria.

The EU leaders also were discussing a proposed joint statement that would call for those responsible for the repression in Syria to be held to account for human rights violations against civilians.

The United States and Britain already have closed their embassies in Syria.

“We have decided to close our embassy,” Sarkozy told reporters in Brussels.

French Ambassador Eric Chevallier had only recently returned to Damascus after being recalled to Paris for consultations. He was sent back to help try to get the two French journalists out of Syria.

Photographer Daniel Williams and Edith Bouvier, a reporter for the daily Le Figaro who suffered leg fractures in an attack that killed two colleagues, escaped to Lebanon on Thursday.