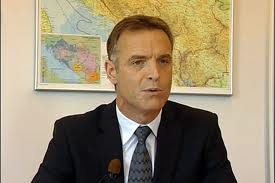 Mr. Ban expressed his gratitude to Mr. Bellemare for his leadership in advancing the work of the Special Tribunal.

The Secretary-General also appointed Daniel David Ntanda Nsereko of Uganda as an international judge of the appeals chamber of the special tribunal. Mr. Nsereko is currently a judge in the appeals division of the International Criminal Court (ICC). He replaces the late Antonio Cassese, who was also a former president of the STL.

“In announcing these appointments, the Secretary-General once again reiterates the commitment of the United Nations to the efforts of the Special Tribunal for Lebanon to uncover the truth regarding the terrorist attack that took the lives of former Lebanese Prime Minister Rafiq Hariri and 22 others, as well as other connected attacks, so as to bring those responsible to justice and send a message that impunity will not be tolerated,” said a statement issued by his spokesperson.

Mr. Hariri and the 22 others were killed on 14 February 2005 after a massive car bomb exploded as his motorcade passed through central Beirut.

Salim Jamil Ayyash, Mustafa Amine Badreddine, Hussein Hassan Oneissi and Assad Hassan Sabra, all members of Hezbollah , have been indicted over the killing. They will be tried in absentia after the STL determined earlier this month that all reasonable attempts had been made to inform the four men of the charges they face and to bring them before the court.

Mr. Farrell was considered the favorite for the position of STL Prosecutor by many of the legal experts  according to UN sources

The decision of appointing the Prosecutor of the Special Tribunal for Lebanon is the responsibility of the  UN Secretary General  and is based on the recommendation by a three-person panel according to UN security council  resolution  1757 of 2007  which states:

There were rumors that Mr. Ban gave a list of 3 candidates for the position of prosecutor to PM Nagib Mikati and reportedly asked him to pick one, but this was denied by the PM.

Mr. Farrell is reportedly  highly regarded and well-respected within international legal circles, the type of person   the Special Tribunal for Lebanon needs.

Moving to the STL would reportedly deny Mr. Farrell a chance to compete for the arguably more important position of deputy prosecutor of the International Criminal Court (ICC). This falls vacant in June, when the incumbent Fatou Bensouda is due to take over from Louis Moreno Ocampo as ICC prosecutor. Becoming deputy prosecutor would put Farrell, 53, in a good position to succeed Bensouda in the top job.

The post of STL prosecutor, by contrast, would be an appointment to a temporary, exceptional body with a narrow focus.

Mr. Farrell has a strong record. He holds a Master of Laws degree from Columbia University and began his legal career at the attorney general’s office in the Canadian province of Ontario.

In 1999, he was given charge of appeals in the prosecutors’ offices of the International Criminal Tribunals for both Rwanda and the former Yugoslavia.

Mr. Farrel has also lectured at a number of universities and has been involved in international humanitarian law training for judges and prosecutors from Indonesia, Sierra Leone, and Cambodia.

The appointment of Mr. Farrel as STL prosecutor may reportedly improve the tribunal’s technical competence and help develop its approach to international criminal law.