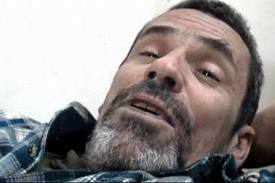 Paul Conroy, a British photographer who was trapped in Homs for five days after being wounded in a Syrian army bombardment, has managed to escape into neighbouring Lebanon, according to both his wife and father.

Mr Conroy, a British photographer working for the Sunday Times, was reported to have travelled safely out of Syria overnight and to have been in Lebanon on Tuesday morning.

“I have heard that he is out. All I can say is that we are delighted and overjoyed at the news but I am not going to say any more than that at this point,” said Mr Conroy’s wife, Kate.

He is understood to have been smuggled out of a besieged enclave of Homs by the Syrian opposition.

However, there were conflicting reports over whether he had been successfully evacuated. Miles Amoore, Sunday Times correspondent in Afghanistan, tweeted that he was still in Homs on Tuesday.

Mr Conroy and Edith Bouvier, a French correspondent for Le Figaro, suffered leg injuries last Wednesday during a barrage that killed Marie Colvin of the Sunday Times and Remi Ochlik, a French photographer.

On Monday night, an attempt by the Syrian Arab Red Crescent – the local affiliate of the International Committee of the Red Cross (ICRC) – to evacuate Mr Conroy and Miss Bouvier from the Baba Amr area of Homs came to nothing. They are understood to have been reluctant to leave with the Red Crescent.

An ICRC spokesman said that any removal of the journalists from Syria “definitely” had nothing to do with them. Miss Bouvier was said to be still in Homs. The French embassy said it was unable to confirm an earlier report that she had also been evacuated to Lebanon.

Last Friday, three ambulances from the Syrian Arab Red Crescent reached Baba Amr by agreement with the regime and brought seven wounded civilians out of the area.

On that occasion, the ICRC said that Mr Conroy and Miss Bouvier had “refused to be evacuated” by the Syrian Arab Red Crescent when the group “offered to take them out”.

The journalists, both of whom have suffered leg injuries, might have been worried about the impartiality of this organisation’s local volunteers. Opponents of President Bashar al-Assad believe the Syrian Arab Red Crescent is under the influence of the regime.

Between 20,000 and 30,000 people live in this district which has now been under bombardment for 24 consecutive days. Many of the wounded are being treated in makeshift clinics often located in mosques or private houses.

Injured people are often afraid to seek treatment from state hospitals or any organisation linked to the government because they fear the security forces will arrest any patient suspected of opposing the regime.