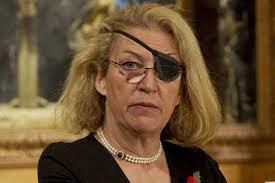 Sunday Times war correspondent Marie Colvin, who was killed in Syria, died trying to retrieve her shoes so she could escape an army bombardment, her newspaper has reported.

Details of her last hours emerged as efforts went on to rescue journalists wounded alongside her in the Baba Amr district of Homs, the Sunday Times said.

They had followed the Middle Eastern custom of taking off their shoes when they went into a building housing a rebel press centre, and tried to recover them as rockets fell.

Colvin, 56, was on the ground floor on Wednesday morning when missiles hit the upper floors.

The journalists – who included Paul Conroy, a photographer working for The Sunday Times, three French nationals and a Spaniard – were covered in dust but unhurt. They prepared to flee but had to get their shoes first.

Colvin ran to the hall, where she had left hers, but when she got there, a rocket landed at the front of the building, a few yards away. The blast killed her and Remi Ochlik, a French photojournalist. Conroy, in a nearby room, was hit by shrapnel in the leg and stomach; and Edith Bouvier, a French journalist, suffered multiple leg fractures.

The newspaper said hopes had faded for the rescue of Conroy and Bouvier, who both urgently need medical treatment, and the others. Reports said the evacuation had run into trouble because of distrust between the two sides during a ceasefire.

Conroy was reported to be refusing to leave without Colvin’s body despite being in danger of potentially life-threatening infection if his wounds were not treated.

Colvin’s partner sent a message saying she had always been concerned about the living and “please let no more people die … for her body”.

Seven rebels were found dead with their hands tied after trying to smuggle medicines into Baba Amr to help the journalists and other injured civilians. The medicines were scattered and two other rebels were missing, the newspaper said.