Red Cross wants all sick, injured to be allowed to leave Syria 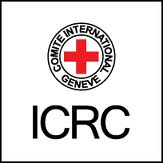 The Red Cross says it’s evacuated women and children from the besieged Syrian city of Homs – and wants all the sick and injured to be allowed to leave ‘without exceptions’.

The ICRC said Red Cross staff and Syrian Arab Red Crescent staff had been on the ground in the Baba Amro district of Homs since this afternoon, and were evacuating women and children from the area. A spokesman told Reuters the organisations were “negotiating with Syrian authorities and the opposition in an attempt to rescue and evacuate all persons in need of assistance, with no exceptions.”

Earlier, the US Secretary of State, Hillary Clinton, warned the Syrian government would have “more blood on its hands”, unless it allowed in international aid.

Speaking at an international conference of the Friends of Syria group in Tunisia, Mrs Clinton said the Syrian President Bashar Assad would “pay a heavy cost for ignoring the will of the international community, and violating the human rights of your people”.

Foreign ministers from more than 50 countries are joining together to demand an end to Assad’s bloody crackdown on the opposition, and calling for an immediate ceasefire. They’ve pledged to send in aid within 48 hours to besieged cities like Homs and Deraa, once Syrian forces have ended their “assault on civilian areas, and permitted access.”

Although Russia has also called for a ceasefire, they blame both sides for the bloodshed, and have repeatedly criticised the Friends of Syria meeting for being one sided, and failing to be sufficiently inclusive.

As he arrived in Tunis, the Foreign Secretary William Hague urged Russia and China not to oppose the will of the international community. And he said Britain would recognise the opposition Syrian National Council as a “legitimate representative” of the country’s people.

He said the world must “tighten the diplomatic and economic stranglehold” on the Syrian government, but stressed that Britain was not considering the possibility of sending arms to the Syrian opposition. “There may well be people who say that, and it reflects the intense frustration that we all feel,” he said.

“We have in the European Union an arms embargo on Syria, so of course we will observe that arms embargo in all directions.”

That kind of sentiment has disappointed the main opposition Syrian National Council, which said tonight that the Friends of Syria conference had fallen short of the ambitions of the Syrian people.