Anthony Shadid, the ‘most gifted foreign correspondent in a generation’

by yalibnan
706
Anthony Shadid's death "has deprived American journalism of its most gifted foreign correspondent in a generation", according to Washington Post
Share: 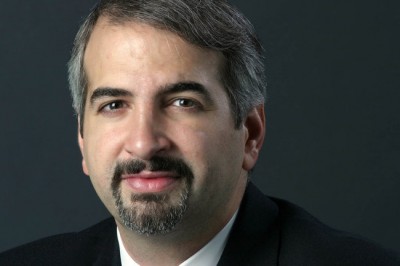 In the summer of 2003, when the rest of the press corps in Baghdad fixated upon the lives of American soldiers in the desert and the nascent efforts to rebuild Iraq’s government, Anthony Shadid jumped into a white Chevy Caprice and headed south to the Shiite holy city of Najaf.

He spent days on end in Najaf’s labyrinthine alleys, gazing into seminaries and seeking out the most influential religious leaders of Iraq’s newly empowered majority sect. He grasped long before any other journalist, and well before the U.S. officials cloistered in the Green Zone, that the new center of power in Iraq rested with the grand ayatollahs of Shiite Islam. He called them the men with “ten-gallon turbans,” and he wrote the most vivid, insightful pieces about them, usually composed on deadline — on a Saturday afternoon for the Sunday Washington Post — fueled by two packs of Marlboro Lights.

He banged out such lines as: “Ahead of him was the future of a country where Sadr’s followers are seeking to turn his legacy into power and, en route, discover the elusive intersection of religion and politics that has bedeviled the Muslim world for a generation.”

It was vintage Shadid. Eloquent and prescient. Graceful and gripping.

His death on Thursday, from an apparent asthma attack while on a reporting trip in Syria, has deprived American journalism of its most gifted foreign correspondent in a generation. His coverage of the Middle East — from Iraq, Lebanon, Libya and beyond — was, simply, the best. He set the standard. If you cared about the region, if you really wanted to understand what was going on, you read Anthony. If you were in his presence, as I was — we were fellow correspondents and housemates in Baghdad — you watched his performances with the awe usually reserved for basketball stars and violin virtuosos.

His colleagues got it. He won two Pulitzer Prizes in a six-year span. His first, in 2004, was a result, according to the Pulitzer board, of “his extraordinary ability to capture, at personal peril, the voices and emotions of Iraqis as their country was invaded, their leader toppled and their way of life upended.”

He found humanity amid the rubble, compassion in the tableau of violence. He wrote about war by focusing on people, with intimate detail, revealing their lives in elegiac prose.

Anthony never let the plaudits go to his head. He could have had his choice of cushy assignments in Europe or the United States. He could have become a successful commentator or analyst. But his heart was in the Middle East — and in the story. He kept going out to report — to talk to people, to observe, to understand. Sometimes, it involved great personal peril — he stayed in Baghdad through the shock-and-awe bombing campaign, he traveled through southern Lebanon during the 2006 war and Israeli invasion, and he was kidnapped in Libya with three other New York Times journalists — but he was no adrenaline junkie. He did it because he wanted to know what was really happening. And that couldn’t be gleaned from a distance.

During the U.S. invasion of Baghdad, when other journalists tried to figure out what was going on from their hotel rooms, Anthony sneaked into the streets and talked to Iraqis. His dispatches were an order of magnitude more illuminating.

His knowledge of Arabic also put him ahead of the pack. Everyone assumed he picked it up as a child, as the son of second-generation Lebanese Americans. But English was the language of his home in Oklahoma. He learned Arabic the hard way: in an immersion program in Cairo, after he had graduated from college.

His fluency meant he could converse with the Iraqis who worked for The Post in ways that no other American staffer could. He befriended them and their families — and they loved him back. When they needed money — for a sick relative, to replace a broken car — Anthony never hesitated. He opened his wallet and fished out a handful of bills. And he never sent an Iraqi colleague to places he wouldn’t travel himself.

He displayed the same open heart with his fellow Americans. He shared his sources and his knowledge. When it was his turn to write the news-of-the-day story — we rotated that thankless assignment in the Baghdad bureau — he launched into it with zeal. Instead of swallowing spoon-fed information from military spokesmen, he summoned Karim, his trusty chauffeur, and they headed off in the Caprice in search of eyewitnesses. If that meant a dicey drive into Fallujah, so be it. He wanted the ground truth.

When he returned to the house we shared with a rotating cast of Post correspondents — we called it “Real World Baghdad,” after the MTV show that was popular at the time — we usually sat together for a family dinner where we swapped stories of the day’s reporting exploits. Anthony listened thoughtfully to what the rest of us had to say. But the truth was that we were skating along the surface of Iraq. Anthony had burrowed deep underground. When he offered his observations, they were trenchant and thoughtful. He didn’t keep the good stuff to himself — he shared. And it made all of our stories better.

Once, on a trip to Saddam Hussein’s home town of Tikrit, he purchased a video disc from a tea shop. Unlike Starbucks, which once sold music intended to relax the listener, the offering in Tikrit was titled “Anger.” It was a compilation of bloody images of U.S. and insurgent attacks that was sickening to watch. Anthony bought it not because of its shock value, but because he knew he needed to see it to understand how Iraqi public opinion was being shaped.

What made him unique was his gift with both languages. He could speak to the Iraqis like a native, and he could pen his stories like few others in American journalism. I’ll never forget the May 2003 story in which he introduced us to Karima, a mother in Baghdad struggling to survive:

“Along Karrada Street, which runs through a spit of land along a bend in the Tigris River, Panasonic televisions, Samsung washing machines, Toshiba refrigerators and a gaggle of air conditioners, ovens and satellite dishes spill into the streets — courtesy of an Iraqi dinar buoyed by a deluge of U.S. dollars and the overnight disappearance of once-steep customs duties and taxes,” Shadid wrote in a front-page Post story. “Overlooking the display is a three-room apartment, where Karima and her family of eight live in envy. ‘From the war until now, I’ve earned nothing,’ she said dolefully, a black veil framing a wizened face that belies her 36 years.”

Then there was the piece he co-wrote with Tom Ricks. It was, I am certain, one of the best stories ever filed from Iraq.

Tom accompanied a U.S. Army patrol in Baghdad that believed it was befriending the locals. A soldier Ricks quoted deemed the neighborhood “95 percent friendly.” Anthony followed along and talked to the same Iraqis who had spoken to the troops. He heard deep suspicion and anger. “We refuse the occupation — not 100 percent, but 1,000 percent,” one man told Shadid. Once again, Anthony was ahead of the pack.

It would be wrong to say that he made it look effortless. His success was the result of grueling work. He spent his days reporting and his evenings writing. While I threw dinner parties, he’d be up in his room, typing away. His downtime would usually come around 3 a.m., after both of us had filed our stories. We’d pour healthy tumblers of single-malt Scotch, light up Marlboros and watch television. DVDs of “Sex and the City” were our favorite. The girls transported us to a world without car bombs and kidnappings. A colleague once brought a season of “The Sopranos.” We watched with morbid fascination for a while before concluding that it was simply too dark for our grim life in Baghdad.

The nocturnal television, the Scotch and smoking were his principal vices back then. He eschewed the parties by the Hamra Hotel pool and other forms of indolence. There always was more reporting to do. Although he had been raised a Lebanese Christian, he told me — only half-joking — that he wanted to spend a year in a Shiite seminary to better understand the religious transformation sweeping Iraq. He collected the embossed clay disks upon which Shiite men press their foreheads while praying. One day, he said, he hoped to have an indentation on his forehead from repeated prayer. Once his head “looked like a raisin,” he said, he’d know he had done enough research.

His cultivation of the Shiite clergy yielded not just long, lyrical tales on the front page. He also nabbed scoops, the greatest of which occurred in November 2003. Ambassador Paul Bremer had proposed that a transitional Iraqi government be selected through caucuses instead of direct elections, which the Americans deemed too difficult and risky to hold. Although a group of Iraqi politicians who had been handpicked by Bremer had approved the plan, Anthony knew that the ultimate arbiter of whether most Shiites would go along with the caucuses was not Bremer’s council but Grand Ayatollah Ali al-Sistani, Iraq’s most influential and revered Shiite leader. Anthony had painstakingly cultivated sources in Sistani’s office and managed to get a letter with a few questions into the grand ayatollah’s hands.

A few days later, Sistani issued his response. He rejected Bremer’s plan out of hand. But what was most remarkable was how Sistani conveyed it: scrawled on a large banner that was hung in central Najaf. It began with the words, “In response to the questions of Anthony Shadid of the Washington Post.”

As we gabbed over a Glenlivet late one night in 2003, Anthony dismissed the claims of the U.S. occupation spokesman that Iraq was on the path to peace and stability.

“We’re only in the first chapter,” he insisted.

The Arab Spring was the second or third chapter. Anthony, also an accomplished author, knew the transformation of the modern Middle East would have many more pages. I only wish he could have written them.

*Chandrasekaran is a Washington Post senior correspondent and associate editor.