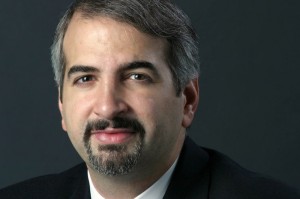 Anthony Shadid, a prize-winning newspaper correspondent whose graceful dispatches for both The New York Times and The Washington Post covered nearly two decades of Middle East conflict and turmoil, died, apparently of an asthma attack, on Thursday while on a reporting assignment in eastern Syria. Tyler Hicks, a Times photographer who was with Mr. Shadid, carried his body across the border to Turkey.

Mr. Shadid, 43, had been reporting inside Syria for a week, gathering information on the Free Syrian Army and other armed elements of the resistance to the government of President Bashar al-Assad, whose military forces have been engaged in a harsh repression of the political opposition in a conflict that is now nearly a year old.

The Syrian government, which tightly controls foreign journalists’ activities in the country, had not been informed of his assignment by The Times.

The exact circumstances of Mr. Shadid’s death and his precise location inside Syria when it happened were not immediately clear.

But Mr. Hicks said that Mr. Shadid, who had asthma and had carried medication with him, began to show symptoms early Thursday, and the symptoms escalated into what became a fatal attack. Mr. Hicks telephoned his editors at The Times, and a few hours later he was able to take Mr. Shadid’s body into Turkey.

The death of Mr. Shadid, an American of Lebanese descent who had a wife and two children, abruptly ended one of the most storied resumes in modern American journalism. Fluent in Arabic, with a gifted eye for detail and contextual writing, Mr. Shadid captured dimensions of life in the Middle East that many others failed to see. Those talents won him a Pulitzer Prize for international reporting in 2004 for his coverage of the American invasion of Iraq and the occupation that followed, and a second Pulitzer in 2010, also for his Iraq reporting. He also was a finalist in 2007 for his coverage of Lebanon, and has been nominated by the Times for his coverage of the Arab Spring uprisings that have transfixed the Middle East for the past year.

Mr. Shadid was no stranger to injury, harassment and arrest. In 2002, while working for The Boston Globe, he was shot and wounded in the shoulder while walking on a street in Ramallah, in the Israeli-occupied West Bank. During the tumultuous protests in Cairo last year that led to the fall of President Hosni Mubarak, Mr. Shadid was hounded by Mr. Mubarak’s police, and during a police raid, he had to hide the computers used by Times reporters.

Mr. Shadid, Mr. Hicks and two other Times journalists, Stephen Farrell and Lynsey Addario, were all arrested by pro-government militias during the conflict in Libya last year and held for more than a week, during which all were physically abused. Their driver, Mohammad Shaglouf, died.

In the 2004 citation, the Pulitzer Board praised “his extraordinary ability to capture, at personal peril, the voices and emotions of Iraqis as their country was invaded, their leader toppled and their way of life upended.” In the 2010 citation, the board praised “his rich, beautifully written series on Iraq as the United States departs and its people and leaders struggle to deal with the legacy of war and to shape the nation’s future.”

He spoke of the risks he took while reporting in an interview in December with Terry Gross on the NPR program “Fresh Air.” “I did feel that Syria was so important, and that story wouldn’t be told otherwise, that it was worth taking risks for,” he said of an earlier trip to Syria in which he entered the country from Lebanon on a motorcycle across a rugged stretch of land.

Mr. Shadid also was the author of three books, “Legacy of the Prophet: Despots, Democrats and the New Politics of Islam,” published by Westview Press in 2000, and “Night Draws Near: Iraq’s People in the Shadow of America’s War,” published by Henry Holt in 2005. His third book, “House of Stone: A Memoir of Home, Family and a Lost Middle East,” about his roots in Lebanon, will be published this spring by Houghton Mifflin Harcourt.

Mr. Shadid was a deep-thinking journalist who was not afraid to butt heads with his editors to protect a phrase, scene or quotation that he considered essential to making his point.

His final article for The Times, which ran on Feb. 9, was a behind-the-scenes look at the tumultuous situation in Libya, where rival militias had replaced the government of Col. Muammar el-Qaddafi. It ran long, at more than 1,600 words, which was typical of Mr. Shadid’s work. It was splashed on the front page of the newspaper and the home page of the Web site, nytimes.com, which was also typical.