Tibetan nun sets herself on fire in western China 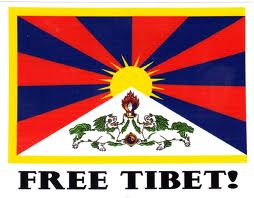 An 18-year-old Tibetan nun has set herself on fire in western China in the latest such protest against Beijing’s handling of its vast Tibetan regions, an overseas rights group said Sunday.

Free Tibet said in a statement that the nun set herself ablaze Saturday and was believed to have survived. The young woman, identified as Tenzin Choezin, was a nun at the Mamae Nunnery in Sichuan province’s Aba prefecture, the statement said.

Government and police officials reached by telephone in Aba said they knew nothing about the case and hung up.

In October, a 20-year-old nun from the same monastery set herself on fire and died, according to Free Tibet.

More than a dozen monks, nuns and ordinary Tibetans have set themselves on fire over the past year, and Free Tibet says at least 11 died from their injuries. Rights groups say the self-immolations are a protest against China’s policies and a call for the return of the Dalai Lama. The Tibetans’ spiritual leader fled to India amid an abortive uprising against Chinese rule in 1959.

The Chinese government has condemned the self-immolations and says an upsurge in violence in Tibetan areas, including some deadly clashes between Tibetan protesters and security forces, are being instigated by forces outside the country wanting to separate Tibet from China.

The last few months have been the region’s most violent period since 2008, when deadly rioting in Tibet’s capital, Lhasa, spread to Tibetan areas in adjoining provinces. China responded by flooding the area with troops and closing Tibetan regions entirely to foreigners for about a year.

Western reporters trying to visit that part of Sichuan in the last several weeks have been turned away by security forces.