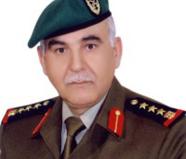 Syrian army defectors announced on Monday the formation of a higher military council to “liberate” the country from President Bashar al-Assad’s rule.

The council, named “The Higher Revolutionary Council” and designed to supersede the Free Syrian Army (FSA), said its head was General Mustafa Ahmed al-Sheikh, the highest ranking deserter who had fled to Turkey. The council’s spokesman is Major Maher al-Naimi, previously the FSA spokesman, according to a statement sent to Reuters.

The announcement of the council’s formation came hours after Assad’s forces launched the heaviest bombardment to subdue the rebel city of Homs in the 11 month revolt.

“After consultations with defectors across the homeland and after careful organization of their ranks the formation of a Higher Revolutionary Council to Liberate Syria has been agreed in response to the call of freedom and ahead of freeing Syria from this gang,” the statement said.