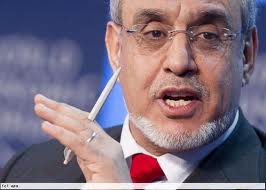 ARAB leaders and officials have attacked the UN after Russia and China blocked a resolution condemning the Damascus regime, as Tunisia urged the world to cut diplomatic ties with Syria.

Tunisian Prime Minister Hamadi Jebali said Moscow and Beijing’s actions showed the veto system of the Security Council was flawed and the two countries had “misused” their right to block the resolution against Syria.

“Undoubtedly the international community has to reconsider this mechanism of decision taking,” said Jebali.

Turkey’s foreign minister, Ahmet Davutoglu, said that “Cold War” logic had prevailed in the Security Council and that Russia and China “did not vote on existing realities”.

On Saturday, Russia and China employed their veto to block a UN resolution against Syria that aimed to end violence there after one of the bloodiest weekends since the uprising against President Bashar al-Assad erupted about 11 months ago.

Militants said more than 230 civilians perished under bombardment by Syrian forces in the city of Homs overnight Friday.

“Bloodshed has to stop. This is a tragedy that cannot be allowed to continue in our midst,” he said.

The criticism was not limited to politicians, with the director of Human Rights Watch, Kenneth Roth, saying the veto had rendered the United Nations “irrelevant”.

Jebali said that in the absence of strong UN action, countries should take their own action by cutting all diplomatic ties with Damascus, as Tunisia has already done.

“We have to expel Syrian ambassadors from Arab and other countries,” the prime minister said.

He said Russia and China’s move was a “bad signal to Assad that gives a license to kill, full stop”.

Speaking at the same event, Yemeni Nobel peace laureate Tawakkul Karman also called on the international community to expel Syrian ambassadors from their countries and recall diplomats in the wake of the violence there.

“I urge you in the name of the peaceful rebels to expel Syrian ambassadors from your countries and I urge you to call back your ambassadors in Damascus,” Karman said.

With their veto, China and Russia “bear the moral and human responsibility for these massacres”, she said.

US independent Senator Joe Lieberman said that with their actions, China and Russia were “on the wrong side of history” and they could find themselves as isolated as Assad if they refused to budge.

The United States should look at providing weapons and other aid to Syrian rebels if Russia and China refuse to reconsider, said Lieberman.

“We have a range of support we can give them,” he told the panel.

“Some of it is non-lethal, including medical supplies … and then ultimately it is providing them with weapons,” said the senator