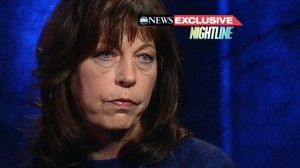 Newt Gingrich lacks the moral character to serve as President, his second ex-wife Marianne told ABC News, saying his campaign positions on the sanctity of marriage and the importance of family values do not square with what she saw during their 18 years of marriage.

In her first television interview since the 1999 divorce, to be broadcast tonight on Nightline, Marianne Gingrich, a self-described conservative Republican, said she is coming forward now so voters can know what she knows about Gingrich.

In her most provocative comments, the ex-Mrs. Gingrich said Newt sought an “open marriage” arrangement so he could have a mistress and a wife.

She said when Gingrich admitted to a six-year affair with a Congressional aide, he asked her if she would share him with the other woman, Callista, who is now married to Gingrich.

“And I just stared at him and he said, ‘Callista doesn’t care what I do,'” Marianne Gingrich told ABC News. “He wanted an open marriage and I refused.”

Marianne described her “shock” at Gingrich’s behavior, including how she says she learned he conducted his affair with Callista “in my bedroom in our apartment in Washington.”

“He always called me at night,” she recalled, “and always ended with ‘I love you.’ Well, she was listening.”

All this happened, she said, during the same time Gingrich condemned President Bill Clinton for his lack of moral leadership.

She said Newt moved for the divorce just months after she had been diagnosed with Multiple Sclerosis, with her then-husband present.

“He also was advised by the doctor when I was sitting there that I was not to be under stress. He knew,” she said.

Gingrich divorced his first wife, Jackie, as she was being treated for cancer. His relationship with Marianne began while he was still married to Jackie but in divorce proceedings, Marianne said. 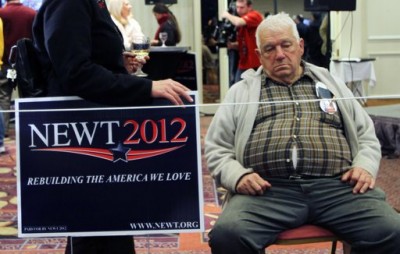 There was no immediate comment from Gingrich on his ex-wife’s allegations. Gingrich has said during the campaign he has “no relationship” with Marianne.

While she had been quoted earlier as saying she could end his career, Marianne Gingrich defended Newt’s ethics while he served in Congress and came under several ethics investigations.

“At the time, I believed him to be ethical,” she said in the interview.

The former Mrs. Gingrich says Newt began to plan a run for President at the time of the divorce and told her that Callista “was going to help him become President.”

In a statement to ABC News provided by the campaign, Gingrich’s two daughters from his first marriage said, “The failure of a marriage is a terrible and emotional experience for everyone involved.”

The daughters, Kathy Lubbers and Jackie Cushman said they would not say anything negative about Marianne and said their father “regrets any pain he may have caused in the past to people he loves.”

Marianne Gingrich said Newt has never expressed any such regrets or apologized to her.

Gingrich declined to comment to ABC News for this report, but told NBC’s Today Show Thursday morning he would not “say anything negative about Marianne.”

“Now, I’ll let my daughters speak for it… I’m not going to comment beyond that because I’m focused on the big issues that concern the American people, which are the current challenges we have, largely because of the failure of the Obama presidency,” he said.