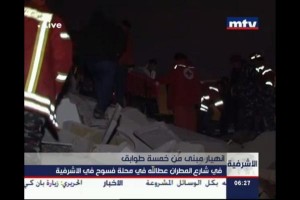 The civil defense has urged the residents to stay away from the building .

The head of the Red Cross also told LBC: We urge the residents to stay away from the building to allow us to evacuate the people and take care of them.

Several people were taken to hospitals for treatment including one new born baby and a woman.

30 people reportedly were in the building when it collapsed

Lebanon’s minister of Interior Marwan Charbel is at the scene

Update: MTV reported that at least 10 were wounded

MTV reported that several bodies were found under the rubble

Four wounded were rescued from under the rubble. One of them was identified as Jack Jaarah.

According to MTV, the five-story building, erected in the 1960s, collapsed due to cracks in its walls that came as a result of bad weather conditions. The building is located on Al-Mitran Atallah Street in the Fesouh neighborhood of Ashrafieh.

MP Nadim Gemayel arrived at the scene of the collapsed building to ensure that all the wounded receive the proper treatment. He urged all hospital to receive all the wounded and treat them on emergency basis.

NNA reported seven injuries so far . NNA also reported that in addition to Lebanese , Sudanese and Egyptian nationals resided in the building

Health Minister Al Hassan Khalil arrived at the scene and urged hospital to receive all the wounded and treat them on urgent basis at the Lebanese government’s expense.

The body of Ann Mary Abdel Karim (15) was found under the rubble.

A committee was formed by PM Nagib Mikati to investigate the collapse of the building and to find out who is responsible , the Health minster said.

Speaking to MTV by telephone, Journalist Tareq Karam, an Ashrafieh resident, described the scene as “scary.”

Update : One dead and 8 injured according to the most recent reports

Update: NNA reported that four members of Tanious Farhat family ( From Jezzine district ) are still unaccounted for and the search for them continues

Update: Interior minister Marwan Charbel told reporters : Two were found dead and 11 wounded as a result of the collapse of the five -story building

Update: president Michel Suleiman arrived at the scene of the collapsed building 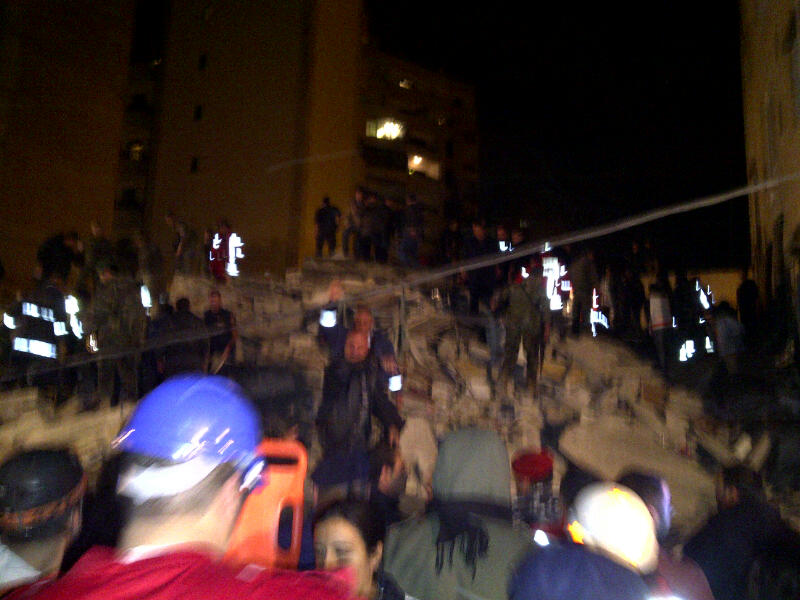 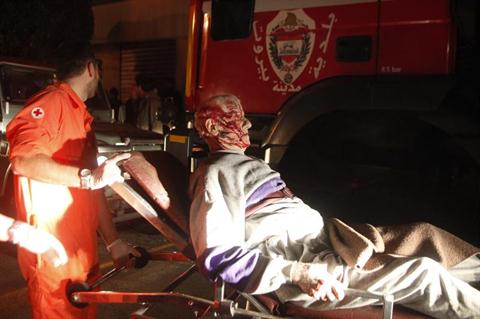 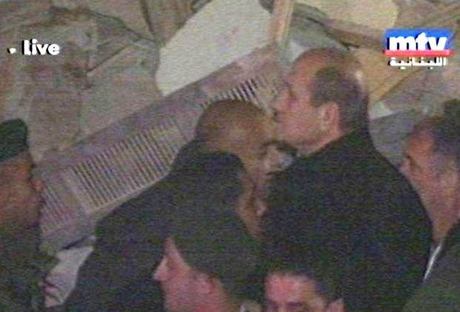