A foreign ministry official told dpa earlier on Wednesday that four Iranian-registered trucks had been impounded late Tuesday on suspicion of carrying ‘military materials’ to Syria.

The official confirmed that materials had been removed from the trucks and sent to the capital Ankara for examination, but was unable to say whether or not they had yet been identified as having a military use.

The trucks were all impounded at the Kilis border crossing between Iran and Turkey. Turkish daily Milliyet reported that the move was prompted by a tip-off and the vehicles contained military materials.

Last year, Turkey joined the US, European Union and Arab League in imposing wide-ranging sanctions against Syria, in response to that country’s crackdown on dissenters in which more than 5,000 have died according to United Nations estimates.

This includes a ban on the supply of materials with military use, the ending of transactions with Syria’s central bank and the suspension of credit agreements. 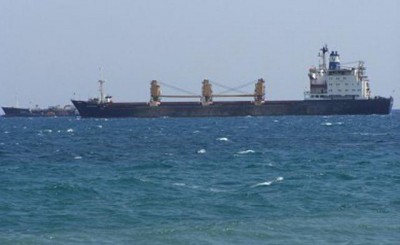 In a related development Chariot, a St. Vincent and Grenadines-flagged ship, allegedly carrying weapons dropped anchor off the southern Cypriot port of Limassol on Tuesday because of high seas, drawing the attention of Cypriot officials.

Cypriot customs officials boarded the ship to examine its cargo, but couldn’t open and inspect four containers in the hold because of “the confined space” they were stored in, the Cypriot Foreign Ministry said in a statement. Nevertheless, the officials determined they were holding a “dangerous cargo.”

The cargo ship, owned by St. Petersburg-based Westberg Ltd., left the Russian port on Dec. 9 for Turkey and Syria, which is 65 miles east of Cyprus, the officials said.

Russian state news agency RIA Novosti quoted a Westberg spokesman as saying that the Chariot was ferrying cargo owned by Russia’s state arms trader Rosoboronexport. The spokesman said the cargo was listed as “dangerous” in the ship’s manifest, but no further details about it were available.

Cyprus’ foreign ministry said the Russian ship Chariot was allowed to refuel and set sail from the port of Limassol after its Russian owners agreed to change its destination.