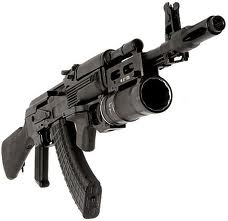 Procuring sufficient supplies of weapons and ammunition has become a key requirement of rebel groups, including the Free Syrian Army, a military force composed of deserters from the regular army. Syrian opposition activists say they urgently need weapons to fight back against the security forces and hasten the downfall of the Assad regime.

“We are pushing for weapons but no one is listening,” says Ahmad, a Syrian activist living in hiding in north Lebanon. “Even with limited resources we are making painful attacks. Imagine what we could do if we had the weapons.”

The weapons shortage in Syria, the record high prices for arms in Lebanon, and the limited scale of smuggling into Syria suggests that the Syrian opposition has not yet secured the external logistical support that could help them tip the balance against the Assad regime.

The Arab world for now is limiting its involvement to the Arab League observer mission which is monitoring Syria’s compliance with a deal signed last month to end the crackdown which has left more than 5,000 people dead, according to the United Nations.

The international community has slapped sanctions on the Assad regime but so far has shown a reluctance to play a more direct role. On Sunday, Turkish Foreign Minister Ahmet Davutoglu urged a delegation from the Syrian National Council, the leading opposition body, to maintain “peaceful means” in pursuing its resistance against the Assad regime.

The prices of black-market weapons have climbed steadily since mid-March 2011, when the uprising began, but arms dealers say there has been a jump lately in the prices of certain armaments.

“The prices are crazy. And it’s all going to Syria,” Abu Rida says. “The market is so strong that ordinary people are selling their rifles to make a quick profit.”

Part of the price hike is due to the difficulties in smuggling weapons into Syria on a large scale. While there’s significant smuggling between Syria and Lebanon, activity on Syria’s other borders is not as high. Syria shares borders with Turkey, Iraq, Jordan, Israel, and Lebanon, all of them – barring the frontier with Israel – relatively porous and traditionally susceptible to smuggling.

The border with Iraq, in particular, stretches across 370 miles of mainly stony desert. The Iraqi government of Nouri al-Maliki, the Shiite prime minister, has generally sided with the Assad regime.

But the Sunni inhabitants of Iraq’s Al-Anbar province in the west adjacent to the Syria border share historic family and tribal ties with the Sunnis of western Syria and sympathize with the Syrian opposition. Following the 2003 US-led invasion of Iraq, Washington regularly accused Syria of allowing militants to slip into Iraq to join the growing insurgency.

While it is unclear whether there is a reverse traffic of militants and arms being smuggled into Syria from Iraq, there is certainly a desire among some Sunni Iraqis to assist their brethren across the border. Jihadist websites from Iraq and elsewhere have posted numerous articles and comments calling for armed struggle in Syria against the Assad regime.

The backbone of the Syrian regime is drawn from the minority Alawite sect, an obscure offshoot of Shiite Islam, while the bulk of the opposition protest movement is Sunni, casting an ominous sectarian shadow over the intensifying confrontation.

In November the jihadist website Ansar al-Mujahideen posted a commentary by Sheikh Abu al-Zuhara al-Zubaydi, who gave advice on how the Syrian opposition should organize its struggle against the Assad regime.

“Arm yourselves with live ammunition and embark upon jihad against the Syrian regime,” he wrote. “Peaceful revolution is useless.”

The Syrian authorities have blamed Al Qaeda for three suicide car bombings in the past month in Damascus that killed more than 60 people, the first such attacks since the uprising began. The Syrian opposition, however, has accused the regime of perpetrating the bomb attacks to back the claim it is fighting “armed terrorist gangs” rather than a popular revolt.

Security has been tightened along Syria’s southern border with Jordan with land mines reportedly planted along some stretches of the frontier. Many Jordanians support the uprising against the Assad regime and King Abdullah II has recommended that the Syrian leader should step down.

Turkey, the most vocal critic of all Syria’s neighbors, hosts some 7,000 Syrian refugees as well as the leadership of the Free Syrian Army. Some weapons reportedly are being smuggled into Syria from Turkey, but the amount appears to be limited and the Turkish government has attempted to block illegal cross border traffic.

“We thought the Turks would help us,” says Ahmad, the Syrian activist. “There are no weapons being smuggled in from Iraq. I wish there were. We need them.”

The main conduit for arms smuggling from Lebanon occurs in the Wadi Khaled district of north Lebanon, an

area populated by Sunnis who support the uprising against the Assad regime. But Syrian troops have laced much of the border here with land mines, set up small military outposts, and mount regular foot patrols.

On occasions, Syrian troops stage brief cross-border incursions. Three Lebanese from the Wadi Khaled area were shot dead in their car two weeks ago allegedly by Syrian intelligence officers who had slipped over the border.

The smuggling appears to be ad hoc and on an individual basis rather than a more organized transfer of weapons. Last week, the Syrian authorities announced that a consignment of weapons had been seized close to the Lebanese border. The weapons included a light machine gun, rifles, ammunition, and 14 RPG launchers.

The armed opposition is also reportedly having some success buying weapons off members of Syrian military, according to a defector interviewed by Al Jazeera.

Ahmad says that the Free Syrian Army has plans to recruit the civilian population but cannot begin until more armaments become available.

“Either we wait for support from other countries or we will play for time and see how much we can steal from the regime,” he says.