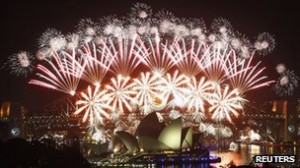 Fireworks in Auckland were followed by spectacular displays in Sydney, Tokyo and Hong Kong.

Revellers around the world are celebrating the end of 2011 and starting to see in 2012.

In Hong Kong huge crowds turned out to witness the countdown to 2012, which was made in giant illuminated numbers on the side of a skyscraper.

Taiwan celebrated with a jaw-dropping firework spectacle that obscured the world’s second-tallest building, Taipei 101, in a blaze of light and smoke.

The first places to celebrate were Samoa and Tokelau after they jumped across the international dateline.

As the clock struck midnight at the end of 29 December, the two South Pacific island nations fast-forwarded to 31 December, missing out on 30 December entirely.

Tourists and locals partied throughout Saturday as Samoa revelled in being the first country to ring in the new year, rather than the last. 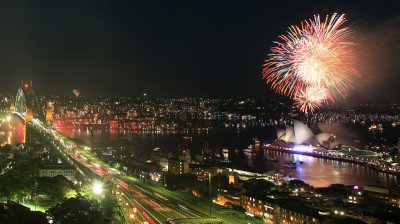 Sydney’s firework spectacular had the theme “Time to Dream”, which producer Aneurin Coffey said was about giving people a chance to put a bad year behind them.

An estimated million-strong crowd watched the pyrotechnics around Sydney Harbour Bridge, which were accompanied by a medley of wild animal sounds and pop music.

Some of the fireworks resembled waterfalls, rainbows and clouds – which Mr Coffey said was “because every cloud has a silver lining”.

“We hate having to cancel events but especially for something like New Year’s Eve,” Wellington’s events manager Lauren Fantham told the paper.

“We’d rather have people safe inside somewhere than catching colds from a cold wet southerly,” she explained.

In Tokyo, people released helium balloons in front of the Tokyo Tower at midnight with notes attached listing their hopes for 2012.

Many wished for a better year, following the earthquake and tsunami that brought devastation to the north-east of Japan in 2011.

“I hope it will be a year full of smiles. For those who are crying now, I hope they’ll be smiling too,” said 21-year-old Horie Soichiro.

A downbeat tone was reflected in the new year’s message of German Chancellor Angela Merkel, who said 2012 would be more difficult than 2011, but hoped Europe’s debt crisis would bring its member states closer.

For his part, UN Secretary General Ban Ki-moon, who starts his second term on Sunday, said he hoped the new year would continue the move towards democracy that protesters had started during the so-called Arab Spring in 2011.

Paris and other European cities will celebrate the end of a year that has seen the continent embroiled in economic woes.

For the UK, meanwhile, New Year’s Eve is just the start of a year of festivities that will include the Queen’s diamond jubilee and the London Olympics.

In Brazil, revellers are set to enjoy a fireworks display on the beaches of Rio de Janeiro.

And hundreds of thousands will pack into New York’s Times Square later for the ceremonial ball-dropping at midnight. 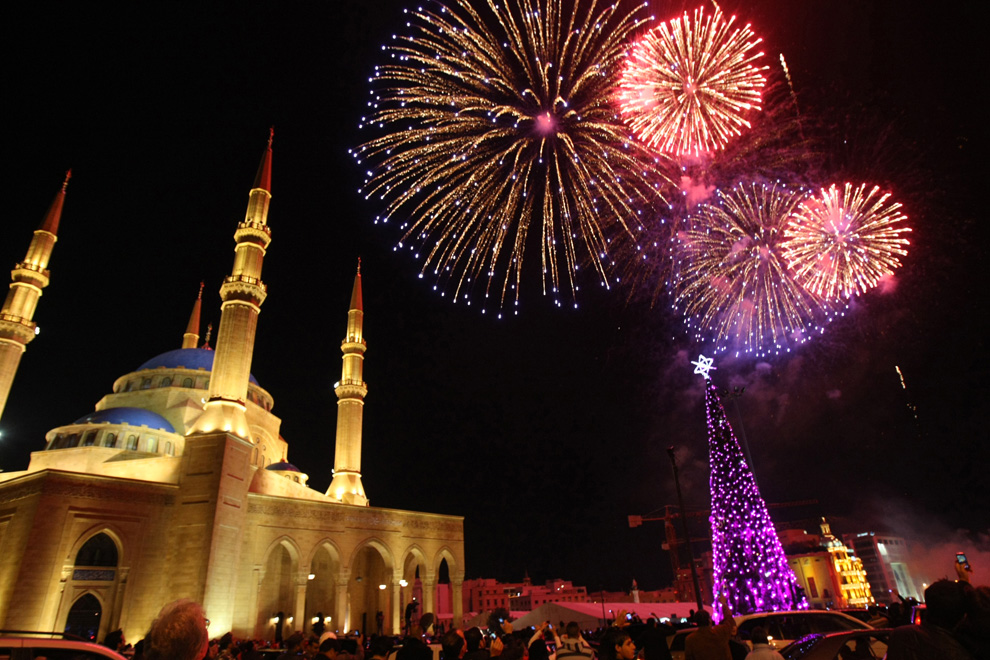