Iran confirms that five of its citizens kidnapped in Syria 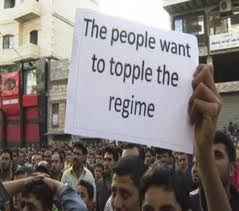 Iran said on Wednesday five of its technicians had been kidnapped in the Syrian city of Homs, the semi-official Mehr news agency reported.

“The five were kidnapped on Wednesday at 0630 a.m. while heading to their work place … We demand their immediate release,” Mehr quoted a statement issued by the Iranian embassy in Damascus as saying.

Syria’s state news agency SANA reported that eight engineers “of different nationalities” had disappeared after heading by bus to their work at a power plant in Homs province.

The Syrian government is under mounting international pressure to end its crackdown on a nine-month protest movement that has turned violent.

Kidnappings and killings based on religious identity are increasingly common in protest flashpoints such as Homs, sparking international and regional concerns that strife could lead to sustained sectarian bloodshed in Syria.