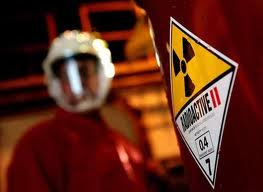 The reported seizure of a consignment of radioactive material from a Tehran-bound passenger at a Moscow airport is “a lie,” an official at Iran’s embassy in Russia has claimed.

Customs were alerted by a warning system at Sheremetyevo airport ahead of the Moscow to Tehran flight that radiation in the departures hall was 20 times above normal.

But an Iranian embassy official in Moscow told news agency ISNA that Western reports on the seizure were aimed at “sabotaging Russo-Iranian relations and trying to create problems and tensions in relations by fabricating issues.”

“The news of the discovery of a radioactive consignment headed for Iran in Moscow is a lie,” the unnamed official said.

Russia’s customs service had earlier announced that a consignment of the radioactive isotope Sodium-22 used for medical and research purposes was found and confiscated from the passenger on Friday.

“Tests then found that the objects were in fact the radioactive isotope Sodium-22 that had been machine-produced.”

The Iranian official, when asked about the Sodium-22, spoke of an incident he said happened several weeks ago.

“Around a month ago a misunderstanding occurred with a university student who was carrying material used for dentistry. This issue was quickly solved and he was offered an apology for the misunderstanding,” the embassy official told ISNA.

Russia has relatively close ties with Iran and has built its first nuclear power station in the southern city of Bushehr. Moscow has also delivered the nuclear fuel for the reactor.

Moscow has echoed Western concerns about the nature of the Iranian nuclear programme but has stopped short of publicly accusing Tehran of seeking atomic weapons and always said that the standoff should be solved by diplomacy.

Experts have long called for tight controls against nuclear smuggling so Iran cannot get hold of materials it is barred from obtaining under UN Security Council sanctions.