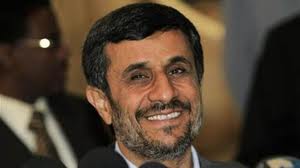 A man reportedly upset about losing his job and not receiving benefits hurled a pair of shoes at Iranian President Mahmoud Ahmadinejad during a speech in a northern city Monday, a grave insult in the Middle East, local websites said.

The shoes reportedly missed Ahmadinejad. But members of the audience became so angry that they started beating the man, with some in the crowd shouting pro-Ahmadinejad slogans, reported the Iranian news website Etedal, which is close to Ahmadinejad rivals. The man was reportedly taken into police custody after the incident.

Conflicting stories emerged on what may have motivated the attack by the man, reportedly a factory worker who had lost his job.

Ghased News, a website close to the Ahmadinejad government, described the man as a troublemaker with a record. It reported that the same man once threw a tomato or an egg at the former reformist President Mohammad Khatami and was in detention for a long time during the latter’s tenure.

Websites close to Ahmadinejad’s rivals, meanwhile, were quick to point out that the man was protesting against unemployment and financial problems in the Islamic Republic.

A preliminary investigation showed that the man had worked at a textile factory in the city of Sari in Mazdaran province and that he had been laid off and not received his salary for a year, reported the semiofficial Tabnak news website.

The incident occurred as Ahmadinejad was holding a speech in Sari for a low-income housing project. The shoes sailed past Ahmadinejad and slammed into a banner behind the president, Etedal said.

Unemployment in the Islamic Republic is about 11%, according to official numbers. Some observers estimate that the number is considerably higher.