Jarrah: Mikati should explain how he did it 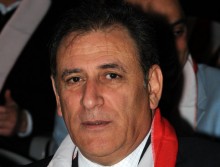 March 14 MP Jamal al-Jarrah said on Wednesday that the “way” in which Prime Minister Najib Mikati announced the transfer of funds to the Special Tribunal for Lebanon was “questionable.”

“Mikati announced the transfer of the STL funds without holding a cabinet session and without explaining how the transfer was carried out,” Jarrah a key member of the Future Movement bloc told MTV.

Jaraah also asked why “Mikati provided the funding if the court” is opposed by some parties participating in the cabinet.

“The Syrian need for the cabinet to remain [in Lebanon] made the parties participating in it allow the funding.”