Turkey threatened to cut off electricity to Syria 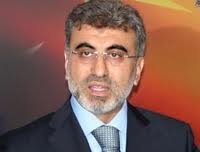 Turkey threatened to cut off supplies of electricity to its neighbor Syria on Tuesday, as the Damascus regime found itself under growing pressure from Arab, Turkish, European and North American governments for its ongoing lethal crackdown on pro-democracy demonstrators.

“We are supplying them [Syria] with electricity at the moment. If they stay on this course, we may be forced to re-examine all of these decisions,” said the Turkish Energy Minister Taner Yildiz on Tuesday, according to Turkey’s semi-official Anatolian Agency.

Turkey, once a close political ally and strong trading partner of Syria, welcomed a decision by the Arab League last weekend to suspend Syria’s membership in the alliance.

Days after the humiliating rebuke, a senior Arab League official told CNN the group was floating a plan to try to send some 500 observers to protect civilians in Syria.

“In a meeting headed by Dr. Nabil Al Araby, the secretary-general of the Arab League, held Monday, the Arab League and Arab human rights organizations decided on a mechanism to protect Syrian civilians which will involve sending a delegation of 500 representatives of Arab organizations, media organizations, and military observers to Syria with the objective of documenting the situation on the ground,” the official said to CNN, speaking on condition of anonymity.

The official said the plan was to be presented at an emergency meeting of Arab League foreign ministers in the capital of Morocco on Wednesday.

Jordanian Foreign Minister Nasser Juda confirmed to CNN that his government had received an invitation to contribute representatives to the proposed observer mission.

“We are studying it right now,” Juda said in a phone call with CNN on Tuesday. “It might be verified tomorrow,” he added, at the expected Arab League foreign ministers’ meeting in Rabat.

“If Bashar has the interests of his country, he would step down, but he would also create an ability to reach out and start a new phase of Syrian political life,” Abdullah said in an interview with the BBC.

Monday evening, a crowd of hundreds of Syrian regime supporters gathered for a protest outside the walls of the Jordanian embassy in Damascus.

Though several demonstrators tried to tear down the Jordanian flag, Juda said the protest was non-violent.

The scene was much different on Saturday. Hours after the Arab League suspended Syria’s membership, pro-government mobs simultaneously attacked diplomatic missions of several Arab countries as well as Turkey in the Syrian cities in Damascus, Aleppo and Latakiya. The Turkish media subsequently showed pictures of Syrian demonstrators, tearing down a Turkish flag.

“You, Bashar, who has hundreds [of people] in jail, need to find those who attacked the Turkish flag and punish them,” said Turkey’s Prime Minister Recep Tayyip Erdogan. He was addressing Syrian president al-Assad. Until a few months ago, Erdogan typically referred to the Syrian president as his friend and brother. But in the wake of Saturday’s embassy attacks, Turkey said it had no choice but to evacuate family members of its diplomats stationed in Syria.

“Bashar Assad should see the tragic end that meets leaders who declare war on their people,” Erdogan added, speaking at a meeting of his party in the Turkish capital on Wednesday. “Oppression does not create order and a future cannot be built on the blood of the innocent. History will remember such leaders as those who fed on blood. And you, Assad, are headed towards opening such a page.”

Syria’s foreign minister issued a rare public apology for the embassy attacks on Monday at a press conference in Damascus.

But Foreign Minister Walid al-Moallem also called the Arab League’s decision to suspend Syria a “very dangerous step,” according to the Syrian state news agency SANA. He accused the League of ignoring Syria’s release of 553 detainees, as part of a peace deal that had been brokered earlier with the Arab League.

Hitting a familiar defiant note, Moallem swore that “Syria will remain — despite what some of the brothers throw at it — the heart of Arabism and its impenetrable bastion.”

Since being suspended from the Arab League, Damascus has called for a special summit to discuss the matter. That intiative was rejected on Tuesday by Gulf Arab countries.

“Holding an Arab summit at present is pointless,” said Abdul Latif Al-Zayani, the head of the Gulf Cooperation Council, according to the Kuwait News Agency.

As it finds itself on the defensive both at home and abroad, Damascus has increasingly leaned on its historical ally Russia, which recently joined China in vetoing a proposed United Nations Security Council Resolution to punish Syria for alleged human rights violations against anti-government protesters.

Leaders of the opposition Syrian National Council met with Russian diplomats in Moscow on Tuesday, in a bid to drive a wedge between the two allies. That initiative appeared to have failed, however.

Council Chairman Burhan Ghalioun later told journalists in Moscow the talks were “very positive,” but added that the Russian government had not changed its position, according to the Interfax news agency.

Amid the rapidly escalating diplomatic war between Syria and its foreign opponents, the cycle of protests and violence inside Syria continued unabated.

At least four people were killed by security forces, including two children, said the opposition Local Coordination Committees. Meanwhile, Syria’s state news agency reported that two law enforcement members were killed by “armed terrorists” in southern Syria on Monday. SANA also reported that train tracks were damaged by a series of bombs planted along a railroad in northern Syria on Monday.

Observers warn the protest movement in Syria, which struggled peacefully for months, is growing increasingly “weaponized” as more and more Syrian soldiers desert from the armed forces and join the opposition.

The latest military officer to announce his defection was a uniformed man who introduced himself in a YouTube video as a colonel and military attorney named Arafar Rasheed al-Hamoud.

“I announce my defection from the Syrian Arabic Army, after it was turned into a gang at the hand of the regime committing the most heinous crimes, killing women children and elders and torturing unarmed citizens,” Hamoud said, holding up his military identification card to the camera.

Several Syrian refugees told CNN they had met with Hamoud after he recently fled to one of a series of refugee camps on the Turkish side of the border with Syria.

Hamoud went on to announce he was joining the Free Syrian Army, a group of military defectors who have declared war on the Syrian regime.

Most of the individuals named in a November 14 EU regulation were officers in military intelligence, as well as the head of a “family militia” and three members of the so-called “Syrian electronic army.” All are now subject to an asset freeze in Europe for alleged “violence against protesters in Syria.”

The move was applauded by Marietje Schaake, a Dutch member of the European Parliament.