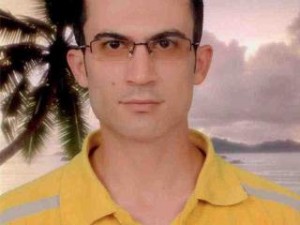 Turkish commandos killed a lone hijacker, identified as a Kurdish militant armed with a bomb, in a pre-dawn operation on Saturday to rescue more than 20 passengers and crew held hostage for 12 hours on a high-speed ferry near Istanbul.

Hostages aboard the “Kartepe” ferry later described how the hijacker was shot dead minutes after the commandos slipped aboard.

“There was no chance left we’d capture him alive. The long phone calls to persuade him (to surrender) failed,” Interior Minister Idris Sahin told NTV news channel, adding that 450 grammes of plastic explosive were found on the body.

None of the 18 passengers or six crew were hurt, but some were taken to a hospital for checks after their ordeal.

The Interior Minister identified the dead hijacker as Mensur Guzel, saying he was a member of “the terrorist organisation” — a reference to the militant Kurdistan Workers Party (PKK).

Guzel, according to the minister, was born 1984 in Diyarbakir, the southeastern city at the heart of the Kurdish separatist insurgency, but had been living in western province of Kocaeli, where the ferry set sail from.

Three people connected with the dead man had been detained, Sahin said.

Officials had described the man as carrying a device with cables with a switch. Before the minister confirmed explosives were found, the provincial governor of Kocaeli had said it was a fake bomb.

Since Friday evening, coastguard vessels with commandos aboard had tracked the “sea bus” in the Sea of Marmara before it ran low on fuel and dropped anchor.

Shortly before 5.00 a.m. (0300 GMT) a flurry of activity was evident on the ferry’s main deck. Hazy television pictures showed figures moving in the aisle between rows of empty seats. A few people were apparently wearing life jackets.

Orders were given for marine commandos to storm the ferry at 5.35 a.m. (0335 GMT) as it lay anchored a few kilometers off shore, some 50 km (30 miles) west of Istanbul, according to Istanbul Governor Huseyin Avni Mutlu.

There was no official word on how the commandos boarded the ferry, but news channels spoke with hostages as they left a police station in the town of Silivri where they had given their accounts of the hijacking.

“The terrorist had told the crew to gather us upstairs, we never saw him. He sent us tea and biscuits,” Kadir Altunoglu, a man in his thirties, told Samanyolu news channel

“We heard five or six gunshots before dawn. We had opened the rear exit door of the ferry to let the commandos in.”

Another passenger, Ceyhun Tezer, 28, told the NTV channel: “It lasted no more than 10 minutes after we saw them (the commandos). We heard six gunshots, they told us three in the head and another three in the chest, there were no more gunshots.”

He said passengers were alarmed the ferry was taking too long for the short run between the towns of Izmit and Karamursel and was off course, but only realised it had been hijacked when they saw news reports on the television in the passenger lounge.

NTV also aired security camera footage of a dark-haired man, said to be the hijacker, carrying a sports backpack, walking to the ferry.

Transport Minister Binali Yildirim had told reporters in the capital Ankara the hijacker had not made any concrete demands and had only sought fuel, food and drink.

Earlier reports said up to five suspected Kurdish militants armed with explosives carried out the hijacking on the high-speed ferry.

There was no immediate comment from the PKK, which is listed as a terrorist organisation by Turkey, the United States, European Union.

The PKK is fighting for Kurdish autonomy in the southeast of Turkey. More than 40,000 people have been killed in the PKK insurgency since the group took up arms in 1984.

Last month, in one of the biggest attacks in the history of the insurgency, PKK militants killed 24 soldiers in Hakkari, bordering Iraq, prompting the military to mount cross-border operations. Several thousand PKK fighters are based in the mountains of northern Iraq.

Security forces had been prepared for the possibility that the hijacker might have wanted to force the ferry to go to Imrali island in the Sea of Marmara, where PKK leader Abdullah Ocalan has been jailed since 1999, CNN Turk reported.

Before a national election in June this year, Ocalan warned of a “big war” unless the state entered serious negotiations with him, and following a series of militant attacks Turkey launched multiple air strikes on PKK bases in northern Iraq, while police detained scores of suspected militants.

A hijacking would represent a change in tactics for the PKK which frequently carries out attacks on security forces in the mainly Kurdish southeast.