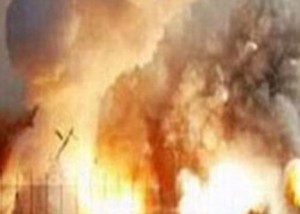 An accidental explosion at a Revolutionary Guard ammunition depot west of Tehran killed at least 15 soldiers on Saturday, officials said.

The explosion occurred while military personnel were transporting munitions at a base, said Guard spokesman Gen. Ramazan Sharif. The base is outside Bidganeh village, 25 miles southwest of the capital.

The Guard is Iran’s most powerful military force.

“My colleagues at the Guard were transporting ammunition at one of the depots at the site when an explosion occurred as a result of an accident,” Sharif said.

At least 15 Guard members were killed, state TV reported. The semi-official ISNA news agency said 10 people were injured and hospitalized. Sharif said some of them were in critical condition.

“No sabotage was involved in this incident. It has nothing to do with politics,” Soroori was quoted as saying by the parliament’s website, icana.ir.