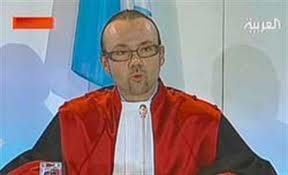 The Pre-Trial Judge Daniel Fransen on Monday has asked the Trial Chamber to determine whether proceedings in absentia should be initiated in the case of Ayyash et al.

The Tribunal’s rules state that if the accused have not been arrested within 30 calendar days of the public advertisement of an indictment, then the Pre-Trial Judge can request that the Trial Chamber initiate proceedings in absentia.

According to the Pre-Trial Judge’s ruling, this period of public advertisement started at the latest on 15 September 2011 when a wanted poster displaying the pictures of the accused, their personal details and the counts against them were published in major Lebanese newspapers.

The Trial Chamber will now have to determine whether the required conditions have been met in order to start the proceedings in absentia whilst preserving the rights of the accused.