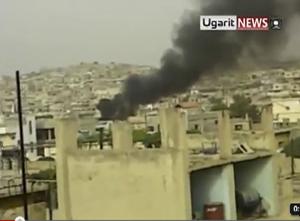 Security forces opened fire at tens of thousands of mourners who turned out for the funeral of a slain Kurdish opposition leader in northeastern Syria Saturday, killing at least two people, activists said.

People marched through the streets of Qamishli in the funeral procession for Mashaal Tammo, one of Syria’s most prominent opposition figures, who was gunned down Friday by masked gunmen in the city. The slaying was the latest in a string of targeted killings in Syria as the country slides further into disorder, seven months into the uprising against President Bashar Assad.

“All of Qamishli is out today, the funeral is turning into a massive protest,” Kurdish activist and lawyer Mustafa Osso told The Associated Press, as the grieving cries of fellow mourners were heard through the phone. 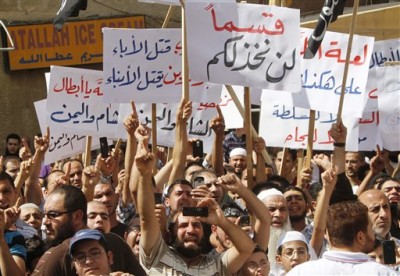 The Local Coordination Committees activist network also said at least one person was killed and other were injured in gunfire. The group said the city has been completely shut down after a general strike was declared to mourn Tammo.

It said clashes took place between security forces and protesters who tried to tear down a statue of Hafez Assad, the authoritarian leader and late father of Syria’s current president.

Tammo, a 53-year-old former political prisoner and a spokesman for the Kurdish Future Party, was also a member of the executive committee of the newly formed Syrian National Council, a broad-based front bringing together opposition figures inside and outside the country in an attempt to unify the deeply fragmented dissident movement.

A vocal regime opponent, Tammo had been instrumental in organizing anti-government protests in Qamishli in recent months.

Some in the opposition said the regime was responsible for his assassination.

But the killing could spark violent protests in the Kurdish region at a time when Syria’s security forces already have their hands full in trying to stamp out dissent across much of the rest of the country. Kurds — the largest ethnic minority in Syria — make up 15 percent of the country’s 23 million people and have long complained of neglect and discrimination.

Assad granted citizenship in April to stateless Kurds in eastern Syria in an attempt to address some of the protesters’ grievances.

Tammo’s assassination was similar to other recent targeted killings in Syria by unknown gunmen, raising concerns the country might be sliding toward civil war. The most recent was the assassination of the son of Syria’s top Sunni cleric, who died in a hail of bullets outside the university where he studied earlier this week.

Several academics and physicists have also been shot dead by gunmen in the past month, most of them in the country’s restive central and northern regions.