Layyoun: Mikati’s stance over STL funding is his personal opinion 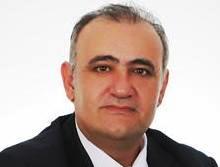 “The STL was illegally and unconstitutionally established,” Layyoun said and added that the “position Mikati announced in New York expresses the PM’s personal opinion.”

Layyoun is a member of the Free Partiotic Movement which is headed by MP Michel Aoun, a close ally of Hezbollah.

The Iranian and Syrian-backed Hezbollah which along with its March 8 allies dominates the Lebanon’s cabinet has opposed a clause in the Lebanese annual state budget pertaining to the funding of the tribunal which is probing the 2005 assassination of Lebanon’s former Prime Minister Rafik Hariri.

Four Hezbollah members have been indicted by the STL but the leader of Shiite group denied the charges and vowed not to cooperate with the court.

President Michel Suleiman and Prime Minister Najib Mikati’s declared during their visits to the UN headquarters in New York that Lebanon is committed to all international resolutions including STL .