Egypt elections to begin on 28 November 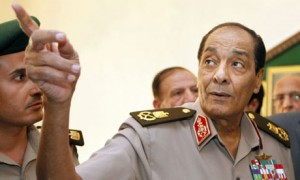 Egypt’s first parliamentary elections since Hosni Mubarak was ousted as president will begin on 28 November, the country’s military rulers have announced.

The regime, which took over from Mubarak as he stepped down in February, promised it would transfer power to civilian rule within six months, but no date has been announced for presidential elections that would bring an end to military rule.

According to the announcement, the elections for parliament’s two chambers will be staggered over several months, with the vote for the legislative People’s Assembly starting on 28 November and the less powerful Shura Council or upper house having its election on 29 January. The newly elected houses would assemble in March 2012.

Many believe the law governing the parliamentary election will enable remnants of the former regime to retain power in the post-uprising legislature. Critics accuse the military of dragging out the process to prolong their time in power and sap the protest movement of its energy.

The new revolutionary groups say the military regime has done little to dismantle Mubarak’s legacy and bring figures of the old regime to account for corruption, human rights abuses and other crimes. “The new parliament won’t reflect the real spirit of the revolution and will provide justification for the military council to continue to be present in the background of the political scene,” said Mustafa Shawki, a youth group leader.

Youth groups are planning a protest this weekend to push for an amendment to the election law that would have voters selecting party lists only, rather than a mix of party lists and individual candidates. Limiting the voting to party lists, they say, would make it harder for former members of Mubarak’s now-outlawed ruling party to run.

There are also fears that the vote could widen the rift between Egypt’s well-organised Islamist parties and youth-driven secular groups who fear the religious will dominate the parliament.

Islamic groups, kept on a tight leash under Mubarak, are also critical of the election law. Essam el-Erian, the deputy head of the Freedom and Justice party, the new political arm of dominant Islamist group the Muslim Brotherhood, said the regime had disregarded discussions with political groups. But he said: “Egypt entered a new phase with this law. It is a de facto law that we have to deal with.”

For their part the military rulers have tried to discredit some of the youth groups behind the January uprising by claiming they received training abroad and unauthorised foreign funding.

On Monday the military regime’s leader, Field Marshall Hussein Tantawi, wore civilian garb on a walk in downtown Cairo. It was interpreted by some as a sign that he may be entertaining the idea of presenting himself as a possible civilian president.

The last parliamentary election under Mubarak was held in November and December last year when his party swept the vote, winning all but a handful of seats in the lower house. It was widely condemned as the most fraudulent poll under Mubarak’s 29-year rule and helped fuel the popular uprising against him.