US sanctions forced Syria to stop all US dollar transactions 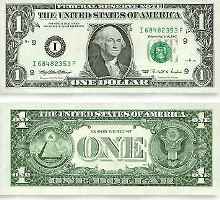 Syrians will have to tighten their belts if protests against President Bashar Al-Assad remain unabated and US and European sanctions bite, the country’s top banker told AFP in an interview.

“It will be more and more difficult because of sanctions and the events. We will have to tighten our belts,” said Adib Mayaleh, the governor of Syria’s Central Bank.

“The main hit has been to the tourism industry where revenues have fallen by 90 percent, and the ordinary citizen will suffer. Transport, imports, industry … all will be increasingly affected, and this will create unemployment and poverty.”

Mayaleh, 55, who holds a doctorate in economics from the University of Aix en Provence in southern France, has been the central bank head for six years.

“I say the opposite of Marie Antoinette who said that if the French have no bread they should eat cake. I think we will have to give up the cake to eat brown bread,” he said.

US sanctions had forced Syria to stop all transactions in US dollars since Tuesday, and the country had turned completely to euro deals, Mayaleh said.

“Since 2005 we have encouraged all economic sectors to conduct transactions in euros, but unfortunately many still used dollars,” he said.

“Now it is completely stopped. This is the first time in the history of the country.”

US President Barack Obama has called for the resignation of Assad and recently imposed tough sanctions against the regime in Damascus.

In an executive order last week he ordered the freezing of all Syrian state assets in the United States and forbade investment and exports to the country.

The order also targets Syria’s oil and gas sector, a key revenue stream for Assad’s regime, significantly ramping up pressure on Damascus to halt its assault on pro-democracy protests.

Some 90 percent of Syrian crude oil is exported to the EU, where the main buyers are Denmark, Italy, France, the Netherlands, Austria and Spain, in that order.

“The sanctions punish all Syrians, especially the most vulnerable,” Mayaleh said. The US and EU “are talking through their hats when they say they don’t want to punish the people.

“They are the only ones who are affected, not the regime. The poorest are hit by rising prices caused by the embargoes.”

Mayaleh said Syria’s monetary reserves currently stand at $17.7 billion, or $800 million down from mid-March when the anti-Assad protest movement erupted.

“The exchange rate of the Syrian pound has remained more or less stable. This has been our main goal since the start of the crisis,” he said.

He dismissed reports that Iran had transferred six billion dollars to support the Syrian pound.

“This is a joke. It’s ridiculous,” Mayaleh said.

Explaining the stability of the local currency, he said Syria had created two years ago “a fund for currency fluctuations and foreign exchange positions of banks.”

The fund stood at “around five billion dollars when the crisis started and we have spent two billion to protect our currency.”

He also said that some two billion dollars had been transferred out of Syria in the past five months.

As for bank deposits, “at the start of the crisis withdrawals hit 30 billion Syrian pounds ($600 million), but after two months 24 billion ($480 million) have returned to the bank, so there is a difference of six billion which is normal as people want to hold cash with them.”

Mayaleh finished by issuing a warning to Europe.

“We can solve our problems with the help of China. If the Europeans withdraw, the Chinese can easily take their place and fill the void. Russia may also aid us,” he said.