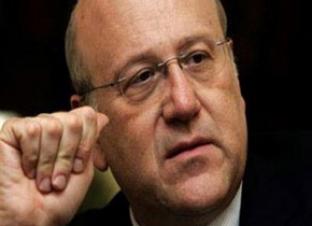 So the Lebanese politicians were not satisfied with the lack of accomplishments by the Sa’ad Hariri led cabinet. That is their privilege.  A new majority was cobbled up in an effort to form a different cabinet. Alas the new coalition could not agree on the cabinet formation for over 5 months and then when the new cabinet was formed its composition turned out to be as unwieldy and as incongruous as the “national unity “ cabinet that it was to replace. So it is logical to ask, isn’t it, why bring down a cabinet in order to replace it with another one that is just as divided , incompetent and unable to rule as the first one? The answer to this question is regrettably easy and shallow at the same time.

The major factors that led to the “Lebanese coup” stem from essentially the same root problem, the Syrian Ba’ath dictatorship. The international investigation into the assassination of Rafic Hariri had to be distracted and the accused had to be protected even at the expense of civil strife. Obviously the coordinated effort to demonize the United Nations sponsored Special Tribunal for Lebanon, STL, would be easier to accomplish if the cabinet is beholden to the party to which the accused belonged. Hezbollah engineered the coup by reneging on its Doha commitments in order to call the shots more clearly and they did. As soon as the STL released its indictments, Sayed Hassan Nasrallah delivers a fiery speech in which he dares the world community to enforce its warrants. What makes this challenge especially galling is that the source of this challenge is the king maker in the Lebanese cabinet which insisted that it is bound to carry all its obligations to the world community. This bad cop good cop routine did not fool anyone since the real intension in this case was obfuscation. Pity Najib Mikati, a successful billionaire who might have truly believed at one point that he can make a difference for taking on the role of trying to explain the unexplainable: a cabinet cannot be for the STL but yet against it. All the protestations of Najib Mikati and his confidants to the contrary, will not succeed in changing his image as a Hezbollah enabler.

As if this reason to protect the perpetrators was not enough the Syrian uprising that started in Mid March 2011 gained more popularity and spread across Syria as time went on. The initial response of the Syrian security forces was to dismiss the protestors but that turned out to be wrong policy. The Syrian Ba’ath has been forced to offer one reform after another and one compromise after another in an effort to subdue the uprising that is still gaining support domestically and internationally by the minute. This uncomfortable situation in which the Syrian masters of Hezbollah and its allies found themselves in became another major reason for forming a Lebanese cabinet controlled by Hezbollah and subservient to the Syrian regime that has very few friends left, if any. The Syrian foreign minister, Muallem, declared that he was willing to forget that Europe Exists. I am sure that as a result of the most recent UNSC Presidential Statement he had to erase North America, as well as Russia, China and India from the world map. But his consolation prize is that Lebanon dissociated itself from the vote. What a farce.

The contradictions in the positions taken by the various members of the Lebanese cabinet headed by Mr. Mikati have never seized. Lebanon who has refused effective cooperation with a UN set body, STL, and has threatened to discontinue its share of the funding is calling on the UN to arbitrate in the maritime demarcation of the Lebanese Economic Exclusive Zone.. If the UN is part of a Zionist conspiracy in setting the STL then why is it to be trusted in maritime demarcation? Again Hezbollah makes threats of war while Najib Mikati seeks UN conciliatory role.

The same contradiction reveals itself in the support of the UNIFIL, the UN sponsored force in South Lebanon. The Mikati government claims that it is crucial for Lebanon to support the UNIFIL in the south but yet the UNIFIL contingent is used for target practice in an effort to send messages to the Western powers that their contingents in Lebanon are not safe unless Hezbollah says so.

Although it is not the intention of this brief column to document all the incongruities that have surfaced in the Mikati government let me add quickly another few examples. The FPM, through no less of a spokesman than GMA himself is doubting the honesty and the transparency of the finance minister, Mr. Safadi, possibly the single most important ally of Najib Mikati.  Add to the above the fiasco that occurred in the dahieh a couple of weeks ago when the Lebanese security forces had to seek permission from the HA elements to enter the area in addition to the way that the Estonian kidnapped were released. Some media reports have even carried reports that PFLP had kidnapped these Estonian by mistake J That is laughable.

Then there is the so called Electricity Plan that the FPM has presented as its own solution to a devastating Lebanese problem that has dragged on for over a decade. It turns out that the whole plan was prepared under the previous administration but was being presented by GMA as a personal accomplishment.

It has become very evident that Mr. Mikati has either willingly accepted the role of trying to explain the acts of Hezbollah or that he is a willing participant in this charade. In either case this cabinet is just another tower of Babel. It is ineffective, opaque and cannot govern. Lebanon deserves better. Mr. Mikati ought to resign and go back to his roots by forming a truly independent cabinet of technocrats. That was his appeal in the first place.