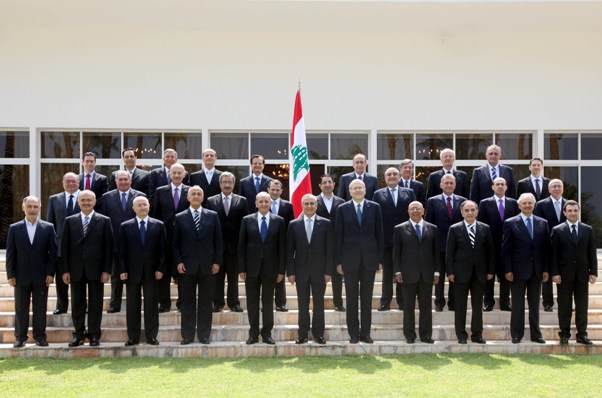 As reported by Ya Libnan earlier today March 14 MPs walked out from the parliament as soon as Speaker Nabih Berri began the procedure for granting the vote of confidence to the newly formed cabinet.

Prime Minister Najib Mikati’s government secured the vote of confidence with 68 out of a possible 128 votes .

During the vote, opposition MP Robert Ghanem remained in the parliament hall but abstained from voting.

“The government confirms it will continue the path of the (Special Tribunal for Lebanon … and continue to cooperate in this regard as per the U.N. Security Council Resolution which set up the tribunal to see justice served,” Mikati said ahead of the vote.

Commenting on the opposition’s walkout ahead of the vote, Speaker Nabih Berri said: “It is their democratic right if this is their choice.”

Last week, the U.N.-backed STL issued an indictment in the assassination of former premier Rafik Hariri and ordered the arrest of four Hizbullah members over the murder.

Lebanese Democratic Party leader MP Talal Arslan, who is a member of the parliamentary majority, did not attend the session.

Arslan had resigned as state minister from Miqati’s cabinet hours after its line-up was announced in protest at the fact that he was not granted a key portfolio.

MPs Nicolas Fattoush and Michel Murr, who were allied with the opposition during the 2009 parliamentary elections, granted the government their votes of confidence.

Thursday’s vote capped three days of parliamentary talks on the government’s Policy Statement, which had triggered a heated debate between the majority and the opposition, led by former premier Saad Hariri.

Former PM Saad Hariri did not attend Thursday’s for security reasons. He is reportedly still in Paris due to the many life threats he received.

“I am following my conscience, my ethics, my loyalty to (slain) prime minister Rafik Hariri,” Mikati said when interrupted by a member of the opposition, prompting a round of applause from the audience.

“You will suffer during every cabinet session and during the discussion of every issue and you will regret accepting to become a hostage of (a government) capable of imposing its view on you,” MP Boutros Harb told PM Minister Najib Mikati earlier today adding: “The country will pay the price because it will turn into a dictatorship.”

14. Our government respects international resolutions, thus it is keen to reveal and expose the truth regarding the crime of the assassination of martyr Prime Minister Rafik Hariri and his companions. The government will follow the progress of the Special Tribunal for Lebanon which was initially established to achieve righteousness and justice, without politicization or revenge, and without any negative impact on Lebanon’s stability, unity and civil peace.