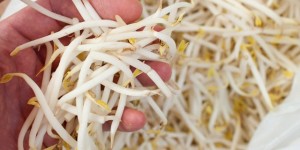 E. coli outbreaks in Germany and France could have come from seeds sourced in Egypt, the European Centre for Disease Prevention and Control has said.

A report said there was still “much uncertainty”, but fenugreek seeds imported in 2009 and 2010 “had been implicated in both outbreaks”.

More than 4,000 people were infected during the German outbreak, 48 died.

Investigators traced the source back to a bean sprout farm in Bienenbuettel, Lower Saxony.

The outbreak in Bordeaux affected 15 people and was traced to seeds sold by a company in the UK – Thompson and Morgan.

Both outbreaks involved the rare strain of E. coli known as O104:H4.

The European Centre for Disease Prevention and Control (ECDC) said the strain was so rare in humans the outbreaks were unlikely to have been isolated incidents and both were linked to eating sprouting seeds.

Further investigations have been trying to determine if the source of the infection was contamination at the sites, or if they had been supplied with contaminated seeds.

The report said the outbreak in Bordeaux had been linked to seeds exported in 2009 from Egypt to a company in the UK and then sold to France. The German outbreak had come from seeds imported in 2010, it said.

The report added there could be more outbreaks of the deadly E. coli as “other batches of potentially contaminated seeds are still available within the European Union and perhaps outside”.

The ECDC and the European Food Safety Authority “strongly recommend advising consumers not to grow sprouts for their own consumption and not to eat sprouts or sprouted seeds unless they have been cooked thoroughly” until their investigations are complete.