19 killed as Syrian forces spread through border area near Turkey 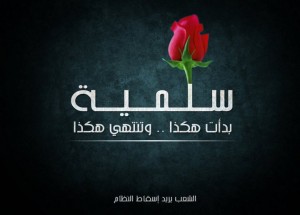 BEIRUT, Lebanon – Syrian army forces spread through a restive mountainous area near the Turkish border on Thursday as the death toll from a two-day military siege rose to 19 people, according to activists and a witness.

The action by Syrian troops in the northwestern area of Jabal al-Zawiya appeared to be aimed at preventing residents from fleeing to Turkey, where more than 10,000 Syrians have already taken shelter in refugee camps, activists say. The refugees have been a source of deep embarrassment to Damascus, one of the most tightly controlled regimes in the Middle East.

“They fear there will be sympathy for the people who are fleeing, and they are frightened that this will cause international pressure to mount on the regime,” said Mustafa Osso, a prominent Syrian-based human rights activist.

Only five Syrians made it across the border Thursday, the lowest number in days, said Turkish officials. Over the past week, more than 10,000 Syrians rushed across, fleeing their army’s violent crackdown against demonstrators.

Syrian activists say more than 1,400 people have been killed as President Bashar Assad tries to crush three months of nationwide protests. The regime disputes that death toll and says “armed thugs” and foreign conspirators are behind the unrest.

In Thursday’s operations, Syrian forces were consolidating their hold on the Jabal al-Zawiya after two days of heavy shelling in the area, particularly in the village of Rameh, said Osso. That assessment was repeated by Lebanon-based activist Omar Idibi and an eyewitness who spoke on condition of anonymity, fearing reprisals.

They said most people were killed Wednesday and early Thursday. Idibi said the death toll was likely to rise as people were pulled out of rubble from smashed homes in some areas.

Idibi said part of the fighting was prompted by Syrian forces trying to hunt down several dozen comrades who abandoned their arms. Some rebelled while in Rameh village, while others split away from the armed forces in earlier fighting this month in the nearby town of Jisr al-Shughour.

“They haven’t been able to flee to Turkey,” Idibi said. “They are fleeing from the advance of the Syrian army,” he said. Idibi said eyewitnesses told him that Syrian forces were trying to seal gaps in the border with Turkey to prevent people from escaping.

Idibi and the eyewitness said that in a pattern repeated across the area, a rush of tanks would flood villages under heavy fire. Some soldiers backed by tanks would stay on to check identification cards and patrol some areas, while the rest moved on to the next residential area.

“They are terrifying the people. It’s a message: ‘We are coming to you, be careful,'” the eyewitness said.

Meanwhile, in the northwestern city of Aleppo — some two-dozen miles from the army operations in Jabal al-Zawiya — several hundred demonstrators staged at least two anti-regime protests, according to Idibi.

A YouTube videos uploaded by activists appeared to show several hundred men running down a street, filmed from a balcony several stories up. The men shout: “The people want an end to the regime!”

Another group of activists said the protesters were beaten up by pro-regime thugs.

The demonstration appeared far smaller than those that take place in other Syrian cities but its importance lies in Aleppo’s status as the country’s second largest city, where much of Syria’s small middle class lives.

Activists said the regime feared that if Aleppo’s residents threw their weight behind the anti-government protests, they could badly shake Assad’s regime.

Still, the turnout was poor considering calls by anti-government activists on Allepo residents. Several high-profile activists produced YouTube videos calling on the people to take to the streets. A Facebook page vowed Thursday would be a “volcano” in the city.

“We are hoping that this will be a practice run for Friday,” said Idibi.