US wants to see action not words from Assad 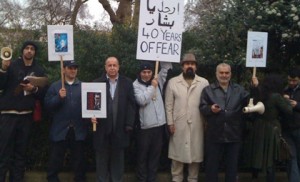 The United States on Monday said it wanted to see “action, not words” from Syrian President Bashar al-Assad, who pledged political reforms within months.

Assad’s promise on Monday to prepare a range of political reforms offers no prospect of appeasing the three-month-old uprising against his autocratic rule.

Speaking in public for only the third time since the unrest erupted in March, he pledged new laws covering parliamentary elections, political parties other than his Baath Party and the media, and held out the possibility of a new constitution.

But like his two earlier speeches, there was little immediate or concrete concession to protesters, many of whom are demanding Assad step down and say dialogue is impossible while he pursues a violent military crackdown on dissent.

Assad said the proposed new laws would be discussed in a national dialogue, but dismissed any prospect of a political solution with what he said were armed groups behind the turmoil.

“What he is offering is too little too late — for the Syrian opposition, he has lost legitimacy with all the deaths,” said Lebanese analyst Ousama Safa.