2 Syrian soldiers tried to escape to Lebanon. One made it, one killed 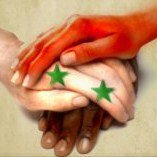 Security sources of ​​Wadi Khaled a village near the Lebanese border with Syria, told the Asharq al Awsat newspaper that “the two Syrians were able to escape from their military unit stationed in the town of Arida Syrian, by crossing the al Kabir river. ” Soldier Hussein Mustafa Muhammad, from city of Dara, was able to reach the village of Wadi Khaled, but he was shot in the back by the Syrians who fired at them , while his colleague was killed and his body remained in the river for hours before it was taken by the Syrian army. ”

The residents of Wadi Khaled appealed to the Lebanese army to deploy in the area without any further delay because the security situation has become unbearable.

March 14 MP Mohammed Kabbara commented on what is happening in Syria and said in a statement: