At least 900 people killed in Syria since uprising began 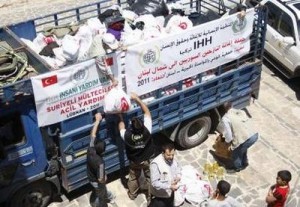 Syrian forces killed at least six people in a funeral procession on saturday for eight anti-government activists that were killed Friday raising the two-day death toll to at least 50, Activist groups reported

Syria’s National Organization for Human Rights, whose leader Ammar Qurabi is in Turkey, said 44 people were killed yesterday, most in the province of Idlib and the central region of Homs. Syria, which has blamed the violence on armed gangs, said 17 died in the Friday clashes.

Thousands of Syrians fled to Lebanon. United Nations High Commissioner for Refugees UNHCR issued reported yesterday that over 1400 Syrians crossed into Lebanon during the past week alone Syrians fleeing a deadly government crackdown have been finding sanctuary in north Lebanon, taking advantage of family ties .

US Assistant Secretary of State for Near Eastern Affairs Jeffrey Feltman expressed his concern over the Syrian refugees in Lebanon . During his his visit to Lebanon he called on the Lebanese government to work with the U.N. High Commissioner for Refugees and other international organizations, including the International Committee of the Red Cross to fulfill its obligations under international law to provide protection to Syrian citizens fleeing the violence in Syria.

Photo: Workers prepare to deliver food and humanitarian aid from a Turkish relief agency to Syrian refugees at the northern Lebanese village of Wadi Khaled near the Lebanese-Syrian border, May 21, 2011.