by Ghassan Karam
976
By Ghassan Karam If it is to be argued that the act of acknowledging, in a realpolitik way, the power of an oppressor when the exploited have no means to rise and demand their rights,
Share: 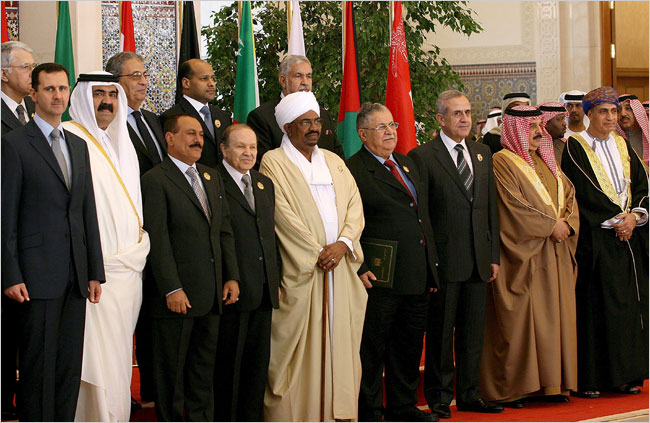 If it is to be argued that the act of acknowledging, in a realpolitik way, the power of an oppressor when the exploited have no means to rise and demand their rights, is not clearly immoral then this moral ambiguity vanishes when an oppressor is offered support, moral and otherwise, against those whose human rights are being abrogated as they struggle valiantly and against great odds to free themselves. Sitting on the fence in the former case might be justifiable while taking a clear position against the humanitarian rights of the masses, in the latter, is an immoral act.

This is exactly what is currently going on in many an Arab country. Each and every regime in the Arab world, with the possible exception of Lebanon, is an illegitimate one imposed on the will of the people by force and repression.  Many have decided that to oppose say Bashar Assad in Syria, and Mubarak in Egypt, and Saleh in Yemen, and Qaddafi in Libya would not have been productive when their respective subjects were not willing to rise in defense of their rights. But no one could ever claim to be for freedom while offering support to repression. Illegitimacy cannot become legitimate no matter what are the reasons applied. Illegitimacy is an innate characteristic that cannot be whitewashed

A major principle of international jurisprudence is to define a rational person as being the one who can foresee the consequences of his/her acts. Obviously those that resort to twisted logic in their efforts to rationalize acts of oppression and dehumanization should know better since it is crystal clear that opposing liberty and freedom will only result in greater exploitation and greater violations of all principles of dignity and freedom. If fence sitting in one instant is to be seen as not deleterious then favouring oppression against demonstrators and protesters is pernicious to say the least. To offer advice, solace and instructions on how to become a more effective dictator is then a nefarious incorrigible act.

All parties, whether from the East or the West, poor or rich who have failed to advance the rights of the oppressed and who are busy acting as regime apologists must be held accountable for their despicable acts. There is never a justification for a dictatorship and no set of circumstances should be used to justify terror and human rights violations not even when the rising masses fail in establishing an “ideal” robust democracy. Revolutions seldom achieve their stated goals but that does not mean that we should not give the masses the chance to learn from their mistakes and to restore a semblance of dignity to themselves and their fellow citizens.

We ought to be reminded of the saying that if the only thing necessary for the triumph of evil is for good men and women to do nothing then the results of advocating for more repression are bound to be diabolical. How can we wish freedom for ourselves and injustice for others?

Illegitimate regimes, wherever they happen to be, cannot be justified and obviously are never to be encouraged.  There is nothing, absolutely nothing, that can justify dictatorships even enlightened ones since they are based on the principle that citizens have no say in determining their welfare and that despots know better than we do what is good for us.

The current Arab spring might fall flat on its face and replace the authoritarian one man rules with periods of uncertainty and instability but to stumble while learning how to walk is superior to being tethered to a leach controlled by a slave master. It is clear that liberation could be postponed but it is one thing that can never be denied. The masses of all countries and especially of those in the Arab countries shall rise to be free again. The day when we are all living in accountable democracies or constitutional monarchies is bound to happen because that is the way history unfolds. No Assads, Mubarak’s, Kaddafi’s, Salehs or kings and emirs can stand in the way. It is a question of time.