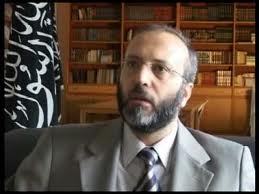 Hizb ut-Tahrir’s spokesperson in Lebanon Ahmad Kasas said on Thursday afternoon that his party’s call for a demonstration against the Syrian regime in Tripoli this Friday was an “independent decision without any coordination with any political movements in Lebanon.”

The party has vowed to carry through with its rally on Friday despite its being banned by Lebanese authorities.

He also said that “attempts to prevent the party’s demonstration are due to a directive by the Syrian regime to some official agencies and political movements loyal to it in Lebanon.”

Kasas denied that Hizb ut-Tahrir has any connection to the flyers that were distributed in Tripoli and that that called for Syrian protests and list the party – along with several other Lebanese groups – as signatories .

“The signatures on the flyers are forgeries”, he said.

“The repression and detentions of Hizb ut-Tahrir youth by some agencies are unjustified violations,” he said, adding that the party’s demonstration will now also include protest against repression by the Lebanese authorities.

“Today, we have added the slogan ‘Against the regime of oppression in Lebanon,’ a regime which has arrested 16 activists of our party and beaten some of them,” he said.

On Tuesday, several members of the party were arrested for distributing flyers calling for a protest against the Syrian regime.

Future Movement which is headed by Caretaker PM Saad Hariri denied in a statement on Thursday any links to the Hizb ut-Tahrir rally in support of the Syrian people against president Bashar a- Assad’d regime .

“Future Movement confirms that it has nothing to do” with such invitations, said the statement.

Northern Lebanon branch of the national security council banned rallies for or against Syria’s regime.

“We have decided not to approve any requests for demonstrations as they fail to meet legal conditions,” the council said.

MP Samir al-Jisr , a key member of the Future Movement bloc said Thursday : Everyone, including Hizb ut-Tahrir, must “abide by the decisions issued” banning demonstrations for or against the Syrian regime.

“It is impermissible for any party to be above the law. When the northern branch of the security council makes a decision, it is based on good reasons.” He said

Syrian President Bashar al-Assad has been facing the biggest challenge to his rule. Popular protests demanding greater freedoms and an end to corruption erupted over a month ago in southern Syria and spread to the capital Damascus and most cities in Syria. Last Friday witnessed the largest ever protest and there are reports pointing to more protests this coming Friday since the Christians were urged to participate on Great Friday.

Following the airing of the allegations on state owned TV Jarrah told LBC “Interfering in Syria’s internal affairs is out of the question”.

“We have neither the ability nor the intent to interfere in Syria’s domestic affairs,” Jarrah stressed

“We do not allow anyone to interfere in Lebanese internal affairs. If Syria has a case to discuss, it can address the government and the judiciary through the Lebanese Ministry of Foreign Affairs.” He added