Iran:Several Arabs killed during “day of rage in Ahwaz”

The Iranian Revolutionary Guard forces on Friday fired on demonstrators in the city of Ahwaz, the Arab region in Iran (Khūzestān Province), killing three and injuring many others. This came in response for peaceful protests which swept the Arab region in what was called as the “day of rage in Ahwaz”. It was declared to protest what the organizers called the oppression against the Arabs in that province. 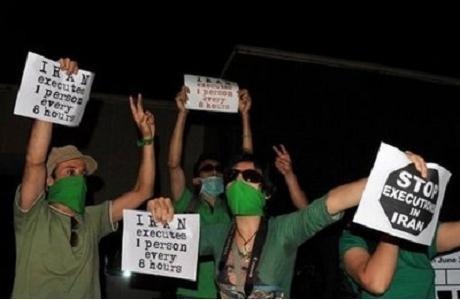 Ahead of the Arab protests, the authorities launched a crackdown arresting more than 260 political activists.

The Revolutionary Guard Corps used tear gas to disperse the demonstrations, while using live bullets in some neighborhoods. After Friday prayers, the Iranian authorities cut off Internet services, water and electricity to the district and declared the imposition of a state of emergency. The Basij forces confiscated satellite dishes and computers.

In the city of Hamidiya, demonstrations clashed with Iranian security forces. At least one protester was killed. Eyewitnesses said that a large number of wounded were taken to homes and their relatives refused to transfer them to hospitals for fear of arrest.

The Ahwazi ( Ahvazi) Arabs are the predominant majority in the Khuzestan province of southwestern Iran ( also referred to as Arabstan) with major cities such as Ahwaz , Abadan and Khoramshahr.