Hariri honors his dad: You turned the capital of ghosts to a city of dreams 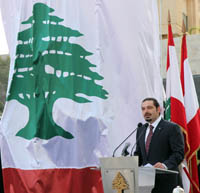 “Before you, Beirut was a capital of ghosts – with you, Beirut returned as a capital of dreams,” Caretaker Prime Minister Saad Hariri said, during the ceremony marking the unveiling of a statue of his dad in downtown Beirut on Thursday.

“When you stood here downtown after the Taif Accord, you had no weapons nor were you surrounded by armed men. You decided to confront the the devastated city with a dream and to drive out the nightmare,” he said.

Addressing his father, he said: “They have turned the weapons against Beirut in your absence.”

, in a possible reference to Hezbollah. 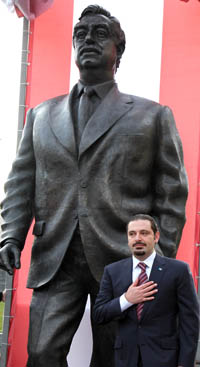