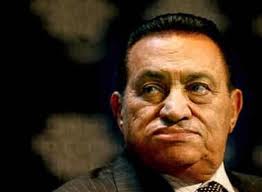 The newspaper reports that the council, in a statement on its Facebook page, denied some local news reports that the ousted president had gone to Saudi Arabia three days ago for medical treatment.

The Mubaraks are banned from travel, their assets are frozen and they face several corruption charges, the newspaper says.